Click to Play
No, thats not the total count of all swimmers at the meet, thats just the swimmers who are uniting in efforts to form a competitive team in CCS. There were 84 swimmers already representing the TNT affiliation, and over 30 additional swimmers awaiting the 120 day requirement prior to becoming attached. This becomes the largest showing of any single team at any meet over the past several year of swimming in Central California Swimming. There were over 320 swimmers entered in the meet from the various clubs in Central California Swimming.

High point recognition was awarded to the top three point getters in each age division. Nineteen swimmers from TNT had received a high point award in their respective age group. 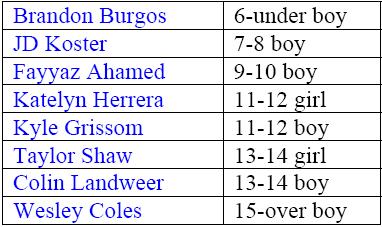 One team record was broken by Mallory Korenwinder. Mallory, who is currently ranked 7th nationally in the 50 meter and 100 meter breaststroke events for 11-year old girls, swam the 1650 freestyle for the first time. Her time of 21:23.31 was fast enough to reestablish the previous record that was held by Khloe McCarthy and set last year at the meet in February. The previous record was 21:36.01.

Sixty-two swimmers had times that were previously recorded with the team in events that were 50 yards or longer. Twenty-five of these swimmers improved all events that they entered, thereby maintaining a 100% improvement rate which contributed to the teams 64% improvement overall. Congratulations to: 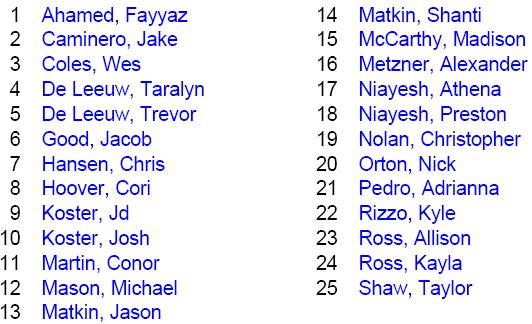 An additional 20 swimmers improved 50% or more of their times: 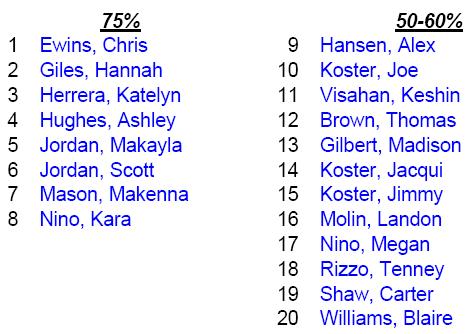