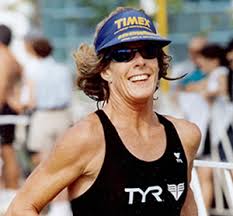 Described as one individual who helped define the landscape of triathlon as it is known today, Missy LeStrange was one of three inductees into the national Hall of Fame for USA Triathlon recognized on Thursday, April 18th. Legendary Dave Scott introduced Missy to not only Master Swimming and triathlons, but also recommended her for the Hall of Fame. Missy’s current career in the sport that began in 1980 includes 24 Ironman events, which resulted in 14 wins that included a 10-year winning streak and an Olympic-distance age-group world title. She is a three-time USA Triathlon Masters Triathlete of the Year for 1994, 1995 and 1997. Missy is joined by Julie Moss, many of us who may recall the iconic image of persistence as it was reflected in her determination as she crawled to the finish line back in 1982. These two were inducted along with quadriplegic Jim MacLaren who passed away in 2010. 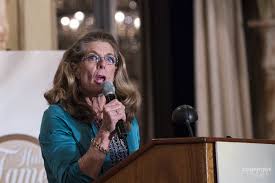 Read the Ironman write-up at (http://www.triradar.com/news/trio-inducted-into-usa-triathlon-hall-of-fame/), or

listen to Missy’s interview on The Competitor’s Radio Show at http://competitorradio.competitor.com/?powerpress_pinw=1997-podcast.