Tule Nation Tritons fielded only four female swimmers for the 2013 Los Angeles Invitational that was held at Irvine over the first weekend of July. All four swimmers placed among the top 24 in their respective events, at a swim meet that is typically held at the University of Southern California. Our four girls all ranged in age from 15 to 16, making them eligible for setting CCS records each time they hit the water for relays – and they did just that in three of the four relays they participated in. 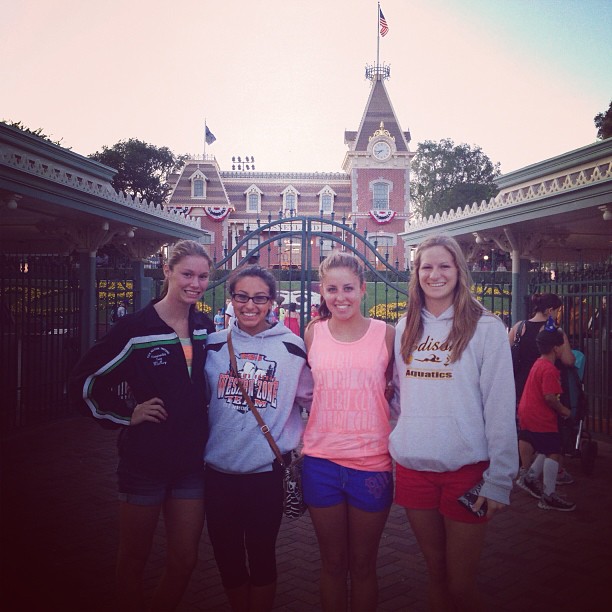 Mallory Korenwinder came away with the only championship final swims, and she did so in both breaststroke events. Her 1:15.03 was enough for a 5th place finish in the 100 breaststroke, while her 2:43.28 finished 7th in the 200 of that stroke. Points from individual events are only generated from the championship and A-consolation final heats, and Lauren Davis of Fig Garden was our only other scoring individual, swimming 1:16.19 in the 100 breaststroke for a 9th place finish there. Lauren’s most impressive swim came as a 2:41.27 in the 200 breaststroke in the A-consolation heat, for a 10th place finish overall. Lauren’s 2:41.27 reclaimed her team record in the event, after Mallory Korenwinder had broken it at the Santa Clara International earlier this year with a time of 2:42.78. Lauren’s time currently stands as the 20th fastest time in the nation for all 15-year old girls.

Our only other team record in an individual event came from Katelyn Herrera who swam to a 22nd place finish in the 1500 freestyle with a time of 18:28.19, which is well under her previous team record of 18:45.21 that she had set last year while competing at the Age Group Invitational. Her performance currently ranks 95th nationally. The largest number of second swims from individual events came from Emily Goodbar of Selma who was our only swimmer with three finals. She had a 21st place finish in the 200 fly with her time of 2:23.98, and also had a pair of 23rd place finishes that included the 200 IM (2:31.00) and 400 IM (5:23.39) events.