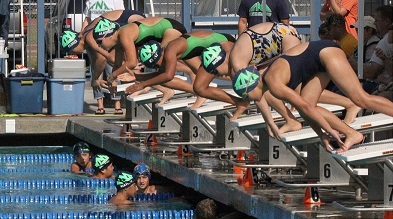 Four TNT swimmers combined for a total of seven team records, three of them with a pair of performances that resulted in the new milestone. Ten year old Danielle Albright came home with wins and new team records as she improved on her Selma performance in the 200 IM. Her new time of 2:33.35 is about a second and a half faster, and currently stands as the 28th fastest nationally since September for all 10-year old girls. She also went under the 6:00 mark in her 500 freestyle, again breaking her own team record with a 5:55.66, a time that ranks 13th nationally in the early phase of reporting.

Preseton Niayesh came home with two new team records that began with his 31.98 in the 50 breaststroke. The previous 11-12 boy’s record was held by Satoshi Shinkawa, and set as 32.86 at Far Westerns in March this year.  Preston’s time stands as the 28th fastest nationally for all 12 year old boys. His second record came in the 100 breaststroke where his 1:09.27 was an improvement of his own record set last month. This event is the 27th fastest nationally. 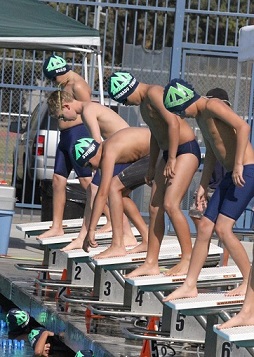 Finally, Kylie Walker came home with new team record in the 100 IM where her time of 1:10.37 took down Danielle Albright’s previous record of 1:11.07 that was set at the Selma meet just over a month ago. Kylie’s time stands as the 25th fastest nationally in the event for 10-year old girls. She had set the 100 fly record during the Hanford meet about a month ago, and now at the Tulare meet, she matched that time of 1:09.60, maintaining the 27th fastest swim on record in the nation since the beginning of September.

Kylie was also undefeated at the meet with eight wins, and she is joined by Sienna Abernathy who had back-to-back undefeated performances at meets. Kyle Grissom swam two events, and won both of his, while six-year old Lucas Huckaby of Selma swam uncontested in six of his events. Our team record holders, Preston Niayesh, along with 13-year old Satoshi Shinkawa each took home six 1st place finishes.