The USA Swimming Grand Prix circuit for 2014 is comprised of six swim meets across the country with the meet in Mesa, Arizona being the forth stop for those competing among the Olympic Athletes who have historically represented countries around the globe. This year’s Mesa meet was different, partly because of the return of Michael Phelps onto the competitive stage, and also for two of our swimmers qualifying for the televised finals broadcast on Universal Sports live, and one of whom qualified to the Championship heat alongside the likes of Olympic Gold Medalist and Olympic and American Record Holder Tyler Clary, North Carolina’s, and USA Swimming National Team members, Tom Luchsinger, and Stanford’s Bobby Bollier. 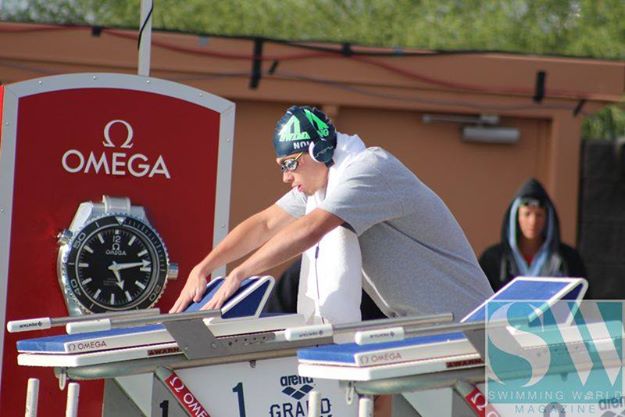 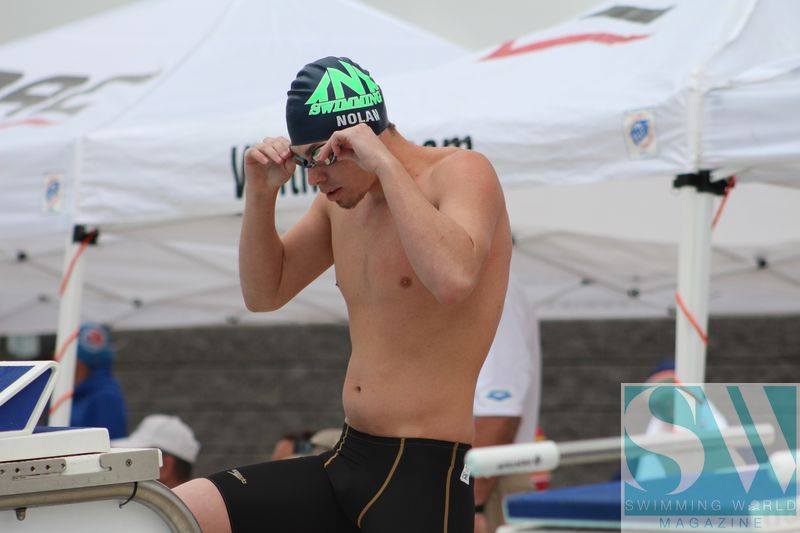 Christopher Nolan came home with a 7th place finish in the final heat of the 200 meter butterfly after outperforming names such as Tom Shields during the preliminary heats.  Chris’s time in the fastest seeded heat of 2:04.99 came in second behind Tyler Clary. Chris also earned a second swim in the 400 IM moving from 30th in the D-final after swimming 4:44.89 to 29th. He improved his 200 meter freestyle to a 1:58.82. 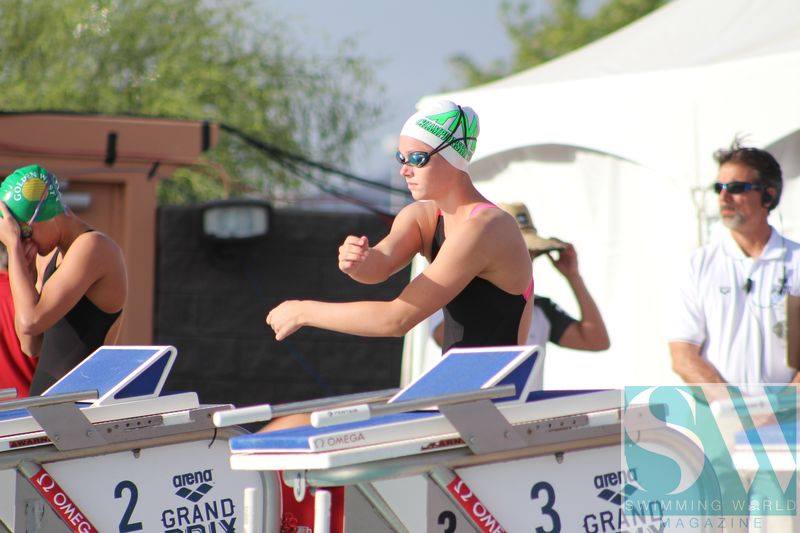 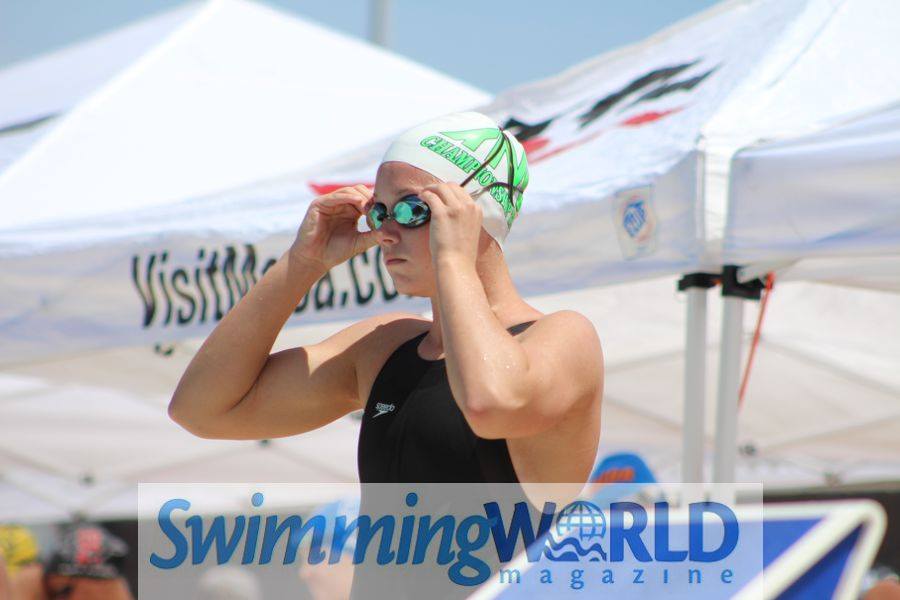 Mallory Korenwinder earned a spot on live TV in the 100 meter breaststroke after swimming a time of 1:13.34 in the preliminary heats. She was one of only two 15-year old swimmers among the top-16. Her time has posted as the top 15-year old nationally to date. Her second final was in the 200 breaststroke where her 2:43.02 was enough for a 28th place finish in the D-final.

Sixteen year old Lauren Davis made it to her first showing among the Olympians with her highest finish at 38th in the 100 breaststroke, and a time of 1:19.68.

Pictures taken by Swimming World Magazine at the Mesa Grand Prix, such as those presented here, can be found on the Swimming World Facebook site at https://www.facebook.com/SwimmingWorld/photos_stream 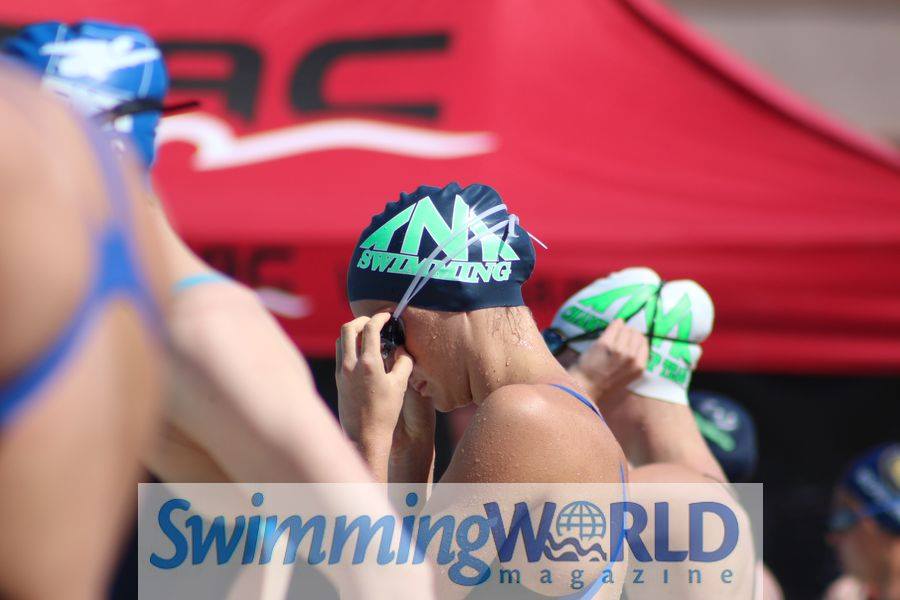