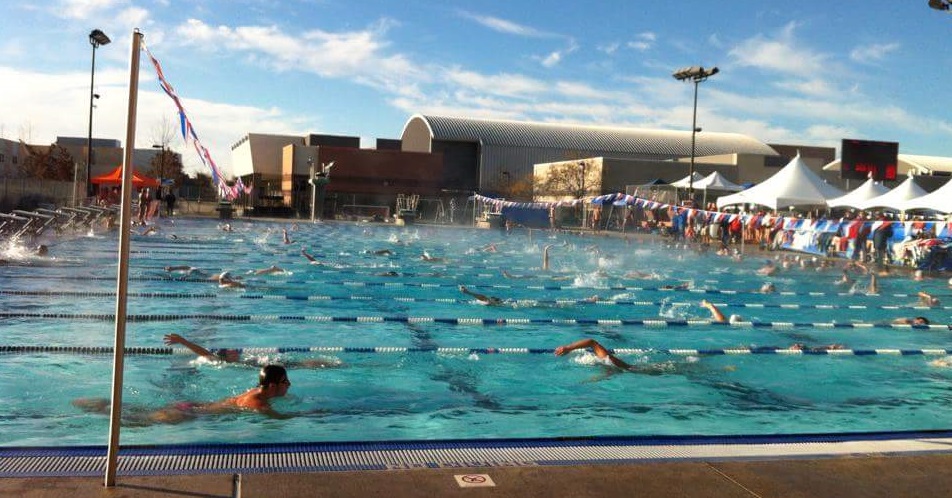 The Juanita Allington Memorial Senior meet hosted by Clovis Swim Club can be considered an introductory level to senior swimming that is offered locally. This year’s meet offered thirty finalist (three heats of ten). Our younger swimmers who are on the brink of readiness for senior-level competition have historically been encouraged to attend. Danielle Albright is one such swimmer, and at age 12, had set a new team record for the 11-12 girls 400 IM with her time of 4:47.90. She had previously set the record as a 4:57.79 during the Age Group Championships in San Diego this past December, and her new record stands as the 76th fastest nationally. Danielle had a top-30 finish with a 25th placing in the 1000 freestyle event.

Our only other team record was set by veteran senior-swimmer from Selma, and Sectional championship finalist, Sierra Jett, who swam to an 11th place finish in the 100 freestyle with a time of 51.52, a time that was over a half second under Jillian Hatch’s 52.50 that was set at the Winter Junior National meet in Seattle this past December. Her time stands as the 114th fastest nationally for females at age 17. Sierra had her highest finish at 9th in the 50 free, and also finished 22nd in the 100 fly.

Ten of our 27 swimmers performed well enough during their preliminary swims to place in the top-30, earning second swims for events under 1,000 yards in length. Our highest finisher came from Mallory Korenwinder who swam to a second place finish in the 100 yard breaststroke event (1:04.41). She also finished 8th in the 200 breaststroke, 11th in the 100 fly, 16th in the 400 IM and 27th in the 200 free for her two days of competition. Kyle Grissiom was our only other championship finalist finishing 4th in the 50 free, 5th in the 100 fly, and also had an 11th place finish in the 100 back.