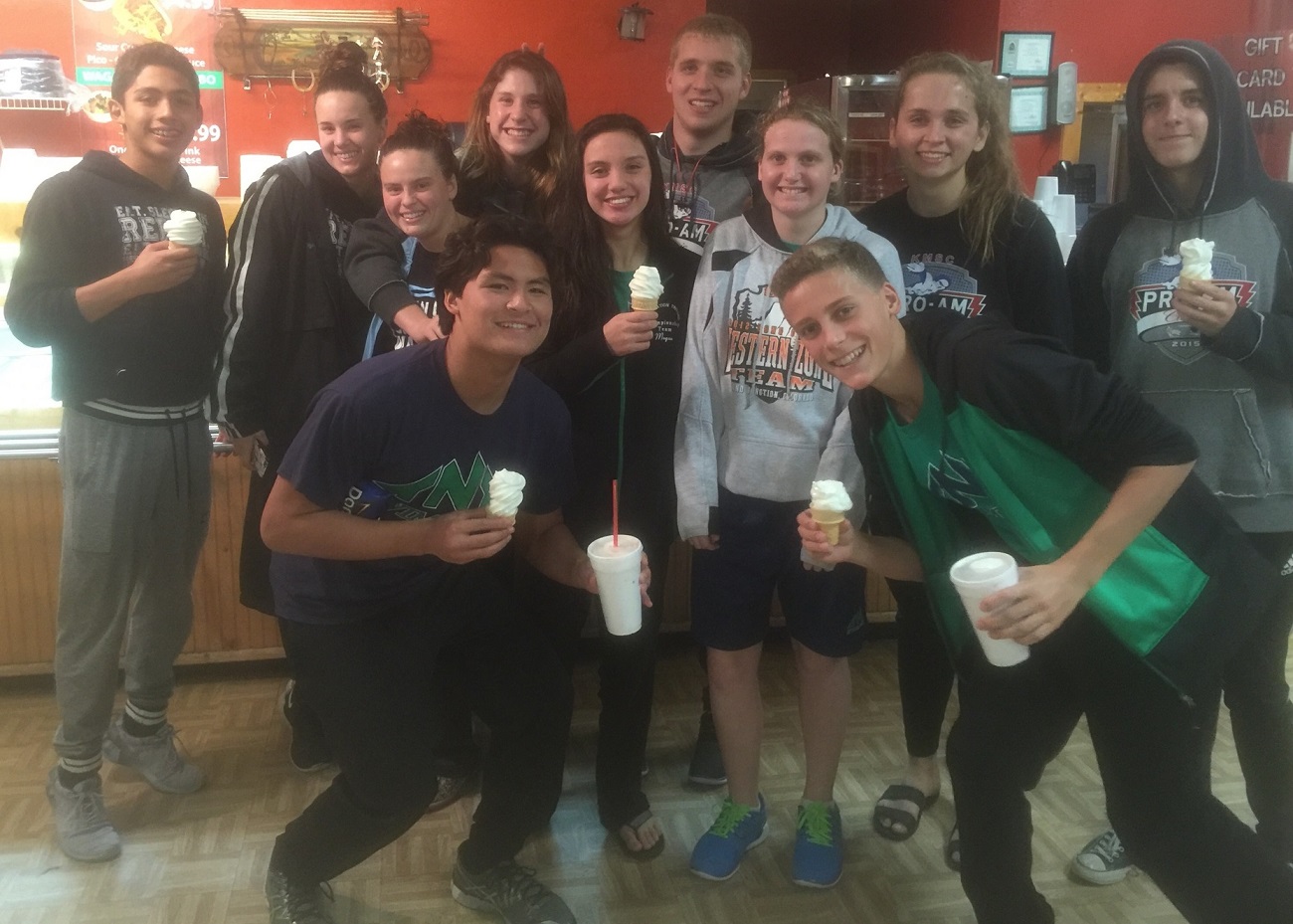 The Pro-Am Classic is a complementary meet to the Pro-Am Elite, and the Classic took place at Lewisville, Texas over the third weekend of December. Among our own team of eleven swimmers, this meet played host to professional athletes that included Eugene Godsoe, Bobby Bollier, and Karlee Bispo (to name only a few) who were among the field of approximately 700 swimmers at the meet. Three of our swimmers earned a spot in one of four final heats (top 32) offered in the shorter events (200 yards and below), and these three were led by 14-year old Visalia swimmer Megan Ridenour who was our teams only scoring swimmer by making it to a championship or consolation heat, and who came away with the team’s highest championship finish of 7th place in the 50 yard breaststroke event. She earned a final swim in three of her five events, and finished 12th in the consolation heat of the 100 yard breaststroke with a time of 1:06.10, and a nearly two-second improvement. Her final second swim was in the 200 breaststroke where her nearly three and a half second improvement to a 2:28.22 finished 27th in the event.

Another triple finalist for the team was Selma’s Aubrey Holbert who had her highest finish as 17th in the 100 backstroke, improving nearly six seconds to a time of 58.56, and being the only female TNT swimmer under the 59 second mark in the event for the past two years. Her next highest finish was in the 200 yard backstroke, where her time of 2:06.48 was a newly recorded time on our team, posting a time on our team that hasn’t been seen for the past eight years. Her final second swim resulted from a preliminary time of 58.83 in the 100 yard butterfly, where she finished 29th in the event. Aubrey, along with Megan Ridenour, were our two swimmers who also improved 100% of their times.