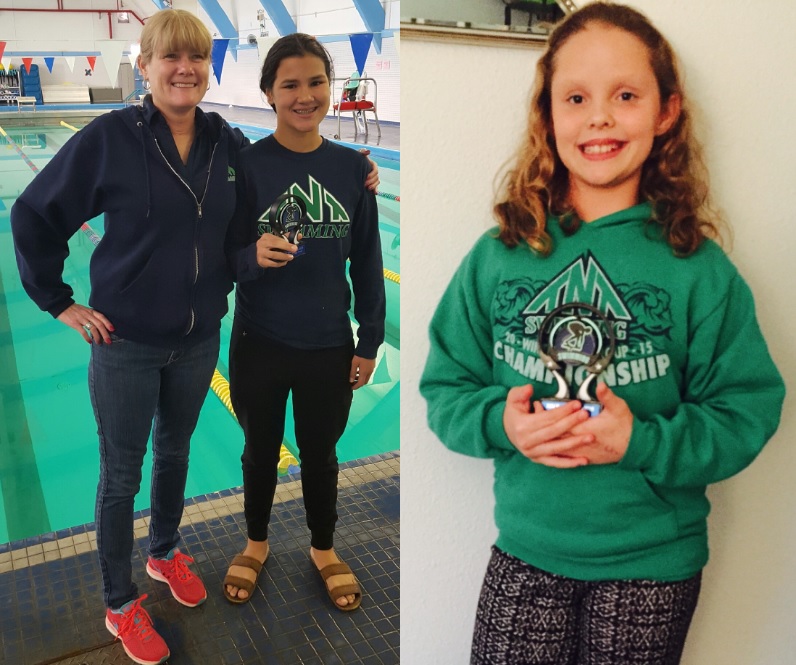 Eleven TNT swimmers competed at the Beat the Cold meet in Ridgecrest over the January 23-24 weekend and placed third with 534 points behind Bakersfield’s 696 points generated from their 27 swimmers, and TNT was among the seven teams competing at the meet. Our team was led by two high point recipients that included ten-year old Ava Olson who was undefeated at the meet, winning all eight events, scoring 72 points, and setting a new team record in the 200 IM. Our only other high point recipient was 12-year old Hanford swimmer, Rylee Lord, who swept seven of her eight events and scored 69 points, and improved her 100 backstroke by over two seconds. Runner-up high points included Hanford’s Addison Mccullough who was one point behind the leader in the 7-8 girls division, and Tristan Gaines who earned the second highest points in the 15-18 boys division.

Two of our swimmers swam under existing meet records, and this included High Point recipient, Ava Olson, whose 2:46.20 in the 200 IM stands as the meet record for the 9-10 girls, thereby joining Paige Costa, Skylar Ford, Mallory Korenwinder, Samantha Goates, Megan Eppler, Amber Khieralla, Alex Ellis, Ian Belflower, Peyton Costa, Garrison Price, Nathan Rhea, Devan Marshall and Chris Nolan as a meet record holder. Benjamin Wheeler also swam under the preexisting meet records in two of his events that included the 200 IM where he swam under the record by five seconds, and the 500 free where he swam under the record by six seconds. Benjamin placed second in both events for the 11-12 boys division.