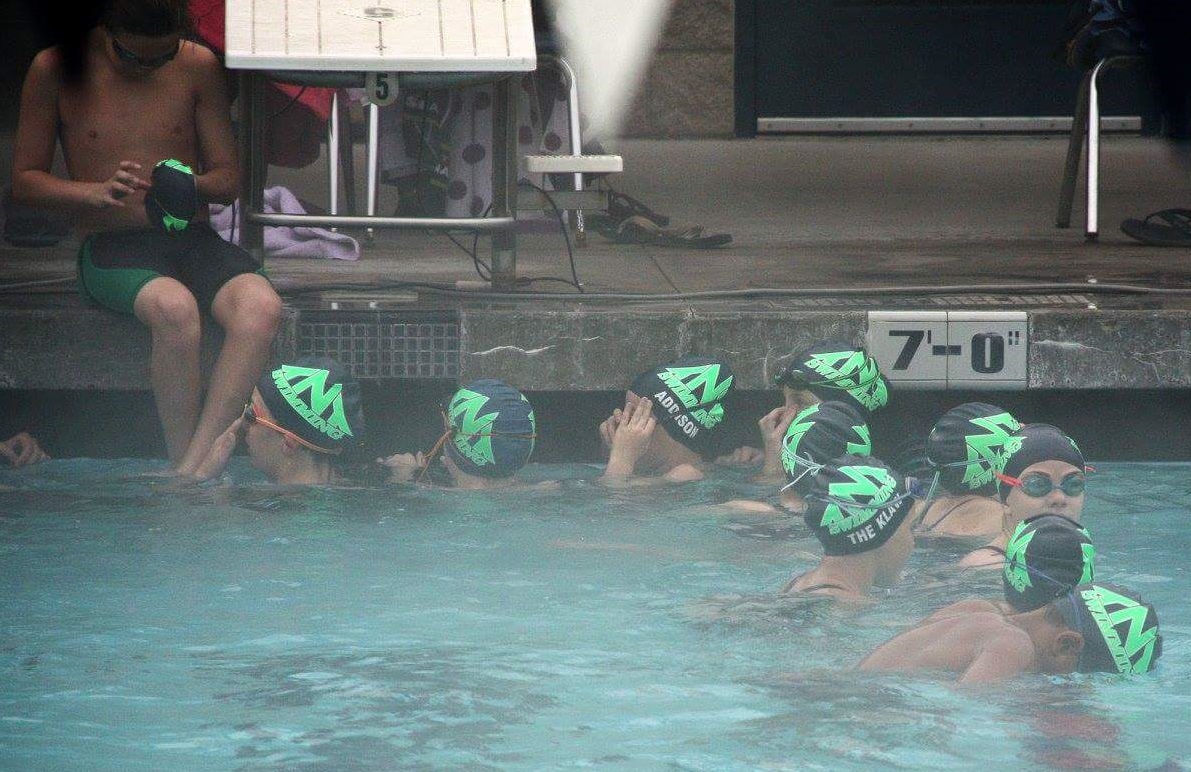 Seventy-three TNT swimmers competed at the TNT Veterans ABC meet held over the first weekend of November, and 12-year old Bryan Wong seems intent on ensuring that no one too soon breaks his record he set at the previous meet at Visalia in the 200 yard breaststroke event. Bryan swam 2:38.02 in Visalia to improve the pre-existing record by four one-hundredths of a second, and now at the Veteran’s Day meet improved his record to a 2:37.07, a time that now stands as the 99th fastest nationally for boys at age 12. Bryan is one of nine TNT swimmers who remained undefeated at the meet, winning all five of his events.

Other swimmers who were undefeated included Eric Amador who won all four of his events in the 11-12 boys division, along with Selma’s Morgan Coddington who won her four in the 15-over division, and Visalia’s Layla Flores who took home eight first place finishes for the 11-12 division. Selma’s Satoshi Shinkawa also won both of his 15-over events, and Visalia’s Jake Surratt won all four of his 6-under events. Jacob Wheeler blazed to first place finishes in four events in the 7-8 division, while Alexa Wong swept all six of her events in the 9-10 group, along with her brother, Bryce Wong, who came home winning all six 13-14 division events.

Fifteen of our swimmers improved 100% of their times that had been pre-recorded with the team, and these performances were led by Gabriela Dutra who improved all six of her events. The largest improvement came from Clarie Welborn who dropped a whopping 23.98 seconds in the 100 yard breaststroke event, which marked the largest time drop by any TNT swimmer at the meet, and she too improved 100% of her times. Our remaining 100% improvement rates were generated by: Meghan Adams (improving 1 event), Eric Amador (improving 3), Briar Briggs (1), Gabrielia Costamagna (1), Peyton Costa (3), Elias Dean (2), Jackson Huckabay (2), Carlos Lopez (3), Jade Perez (2), Seiji Shinkawa (4), Shoji Shinkawa (2), Jake Surratt (4), Kennedi Warren (1), Kate Welborn (1), and Jacob Wheeler (3).