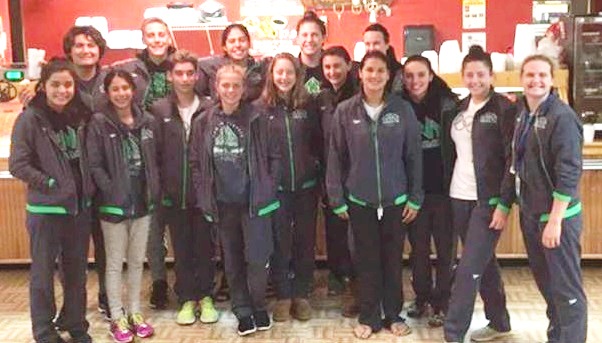 Fifteen TNT swimmers traveled to Lewisville, Texas for the second time to compete at the 2016 Pro-Am Classic over the third weekend of December, and two thirds of our team earned a second swim in one of four final heats provided. Six of those ten moved into one of two scoring heats, placing among the top 16 at the meet within their respective events.

Our only championship swim (placing in the top-8) was Visalia’s Megan Ridenour who swam 1:07.15 in the championship finals to successfully defend her 7th place seeding going into that heat. Megan also earned a 2nd swim in the C-final of the 200 breast, finishing 22nd there (2:31.84). Our team had only one swimmer that scored in two individual events, and that honor goes to Selma’s Jonas Huckabay who finished 10th in the 1650 freestyle on the final day where he swam a lifetime best time of 16:52.23, and had the largest improvement from any TNT swimmer of nearly 22 seconds. Jonas must have known he would be among the top performers since he started the meet with the 1000 freestyle, and already earned a scoring performance by finishing 16th in that event with is lifetime best of 10:05.20. At an 83%, Jonas maintained one of the highest improvement rates for the team by improving five of his six swims.

Selma’s Satoshi Shinkawa was the busiest on the team, earning second swims in four of his six events. He scored in the 100 backstroke where is lifetime best of 55.44 in the preliminary heats took him to a spot in the consolation final where he nearly repeated the time and finished 15th. Satoshi also earned 2nd swims in the 100 breast (1:02.61), 100 fly (52.98), and 200 IM (2:01.59) events. With an overall team improvement percentage only at 38%, Satoshi was one of seven who improved at or over 50% of their times.

Visalia’s Mackenzie Garza earned the next highest number of second swims at three, and she scored in her specialty event, the 50 freestyle, with a lifetime best time of 24.55 posted in the finals and placing 14th there. Mackenzie also earned a second swim in the 100 freestyle, finishing 28th after swimming a time of 55.25 in the preliminary heats. Her final second swim was in the 50 backstroke where her time of 28.19 finished 17th. At a 60% improvement rate, Mackenzie was among our best improved swimmers. Another scoring swim came from one of our four 13-year olds who competed at the meet. Danielle Albright was within a second of her best time in the 100 breaststroke with a 1:07.71 in the preliminary heats which was fast enough to get her into the B-final where she finished 13th. Her second final resulted from her 4:47.29 in the preliminary heats of the 400 IM where she ultimately finished 23rd in the C-final. Our final scoring swim came from Visalia’s Lauren Geiger who swam a time of 28.39 in the preliminary heats of the 50 backstroke to make it into the consolation final, where she finished 15th.