Six TNT swimmers traveled to the Irvine pool over the Memorial Day weekend to compete at a venue that has played host to Team USA selection meets such as US Nationals, and this weekend played host to swimmers representing programs such as USC, Stanford, Cal Berkley, and Auburn University to name only a few.

Three of our swimmers earned second swims, and these were led by twelve year old Bryan Wong who competed in the 12-under division of the senior-level meet, raced in three events, and earned three championship final swims. Bryan finished 2nd in the 50 meter breaststroke, where he posted a time of 34.10 improving nearly three seconds in the event, and swimming a full two seconds under the pre-existing team record that was set by Preston Niayesh at Junior Olympics in 2013. His time currently stands as the fourth fastest nationally for boys at age 12, with the top time in the nation being posted by the individual who won the event at Speedo Grand Challenge. Bryan’s next event was the 100 breaststroke, and once again he finished second, and with a time of 1:13.98 in the championship final that followed an improvement from his preliminary swim. He was once again well under Preston Niayesh’s previous team record of 1:18.33 set at the same JO’s in 2013. Bryan’s time ties for the third spot nationally in the reporting cycle that will close at the end of August. The top 10 swimmers will be recognized by USA Swimming. His final championship swam was in the 200 IM, where once again he improved his time twice, and this time to a 2:25.62 falling under Peyton Costa’s previous team record of 2:31.24 set at the Junior Olympic meet last year. His current time ranks 10th among 12-year old boys.

Fourteen year old Danielle Albright had been competing at the meet since she was in the 11-12 age division, and earned a championship final swim when she first arrived at age 11. She continues earning that second swim, this time by making it to the A-consolation final of the 200 meter breaststroke and finishing 11th with a time of 2:42.85 which was nearly a three second improvement. Danielle also swam to a 15th place finish in the B-consolation on day 1 in the 100 meter breaststroke with a time of 1:15.70 which was an improvement over her preliminary swim. Preston Niayesh was our only other finalist, moving from 26th in the preliminary heats to finish 17th in the B-consolation final of his 200 breaststroke with a time improvement of nearly two seconds to a 2:30.02. 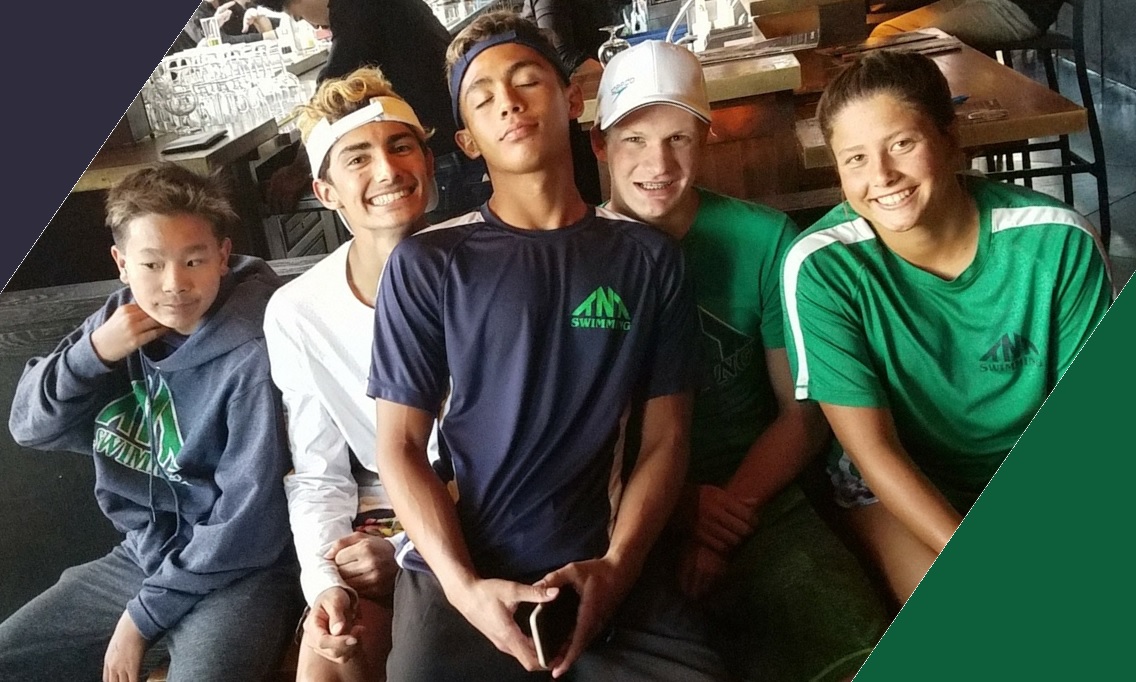