Twenty one of our TNT swimmers escaped the record-breaking heat of the valley to compete in weather remaining in the mid-70’s during the 2017 Southern California Swimming June Age Group Championships to finish 12th as an overall team among nearly 40 teams that scored at the meet.

Our 12th place finish was led by ten-year old Alexa Wong who contributed 87 points to the team total, and having her highest finish as a pair of 3rd places, one in the 200 meter freestyle (2:32.88), and the other in the 200 IM (2:53.61). Alexa’s 200 freestyle is a new team record, resetting her own 2:33.85 that she set at the Reedley meet two months earlier. Her time currently stands as the 66th fastest nationally for girls at age 10. She also competed in heat one of the 100 meter freestyle, where she posted a time of 1:10.40, which fell under the pre-existing team record of 1:10.82 that was set at the Clovis meet one month earlier. Her time now ranks 67th among the nation’s 10-year old girls.

The next highest point accumulation came from 13-year old Peyton Costa, competing at the bottom of the 13-14 age division, and scoring 70 points by placing in all six events that he competed in, and maintaining his traditional 100% improvement streak at age-group championship level meets. His highest finish was a pair of 5th places that included the 200 meter backstroke (2:28.20), and the 400 meter freestyle (4:31.29).

Two swimmers swam under the pre-existing team record of the 10-under girl’s 100 freestyle during the meet. Ten year old Selma swimmer, Sienna Abernathy, swam 1:10.48 in heat two of the same event to go under Alexa’s 1:10.82 team record, and her time is the 70th fastest nationally. Scoring 67 points from individual events, Sienna was our third highest scoring individual, also coming home with a third place finish as her highest place, but in the 50 meter butterfly (36.45).

Improving four of four swims, Ciara Clarke was one of only four swimmers who improved 100% of their times, and these included Selma’s Sienna Abernathy (improving 6 of 6), Peyton Costa (6 of 6), and Bryce Wong (5 of 5). 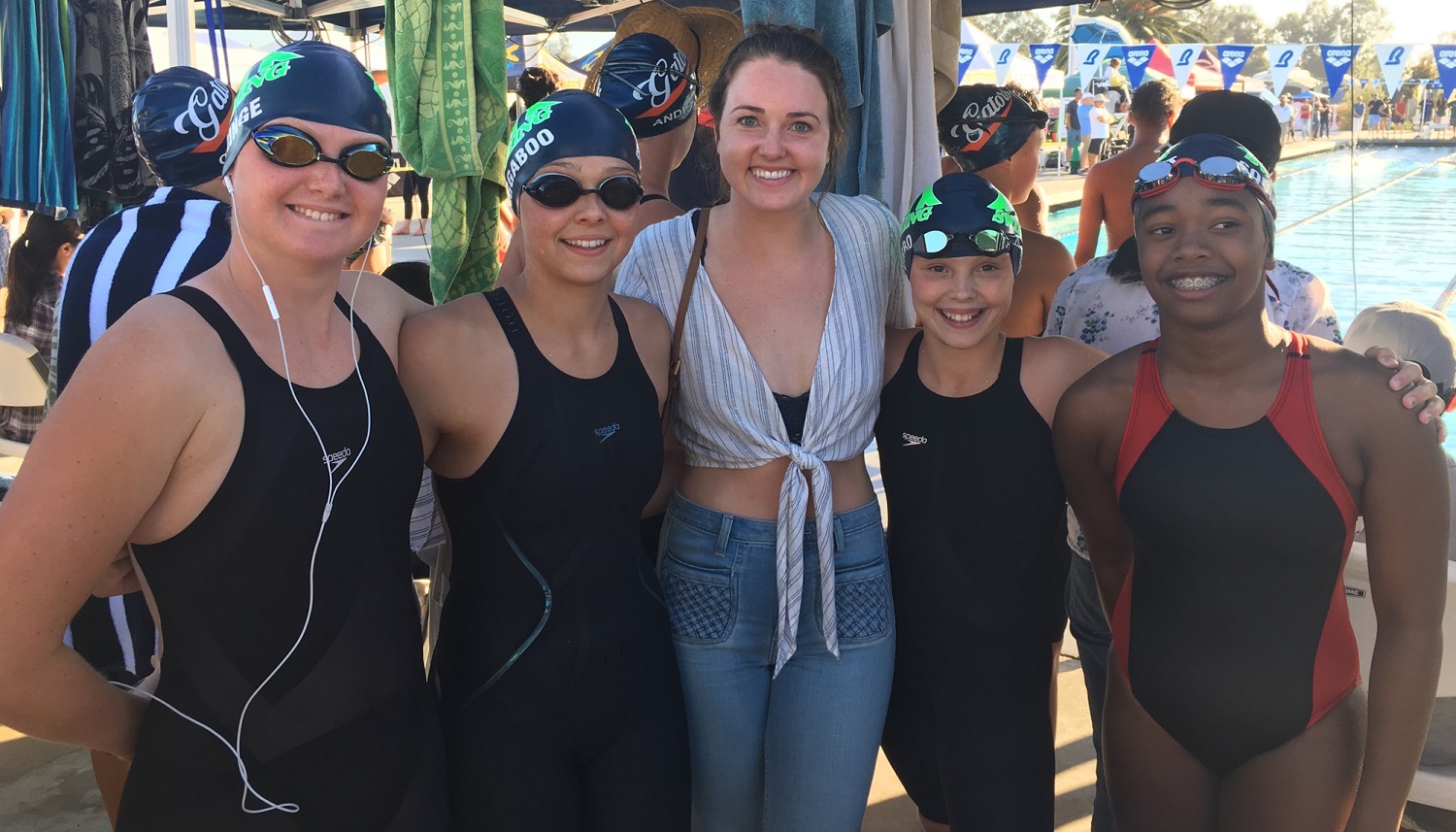