Over 900 swimmers representing about 35 teams competed at the Winter Age Group Championships on Coronado Island in San Diego over the third weekend of December, and our group of 23 TNT swimmers finished among the top-9 scoring teams at the meet. A total of 652 points from individual events were generated by fifteen of our swimmers, led by Drew Black who had the busiest schedule by earning a second swim in the maximum number of events that a swimmer may enter, and generating 140 points at the meet. Although our team didn’t field a single individual event champion, Drew managed to earn three runner-up positions, and was our only swimmer with a 2nd place in any individual event finishing second in the 10-under 100 free (1:00.96), 50 fly (30.77), and 50 free (28.19). Our next highest point getter was Lemoore’s Michelle Murphy, and she accumulated 98 points by earning a second swim in six of her nine events, and scoring in all nine. Her highest finish was 4th in the 10-under 50 freestyle where she posted a time of 29.14 while competing in her first Winter Age Group Championship meet. Besides Drew Black, only two other swimmers came away with a finish as high as 3rd place, and Ava Olson was one of them. At 79 points, Ava also generated the third highest points from individual events, and placed 3rd in the 12-under 200 fly with a time of 2:22.55. 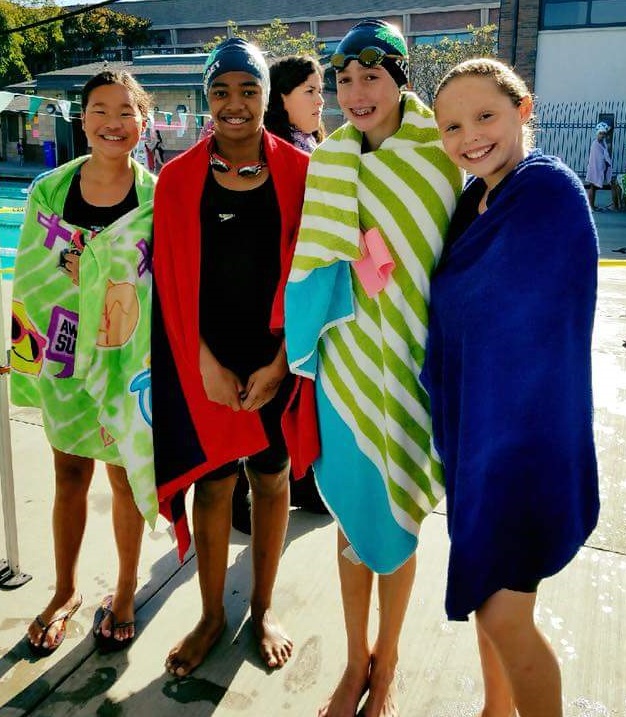 Visalia’s Ella Bettencourt was also one of only three swimmers who improved 100% of their times while competing at the meet. She improved all six events she entered, with the largest improvement exceeding three seconds in the 100 breaststroke. Another swimmer with a 100% improvement rate was Selma’s Daniel Haley who entered seven events, and improved all seven, and dropping over twelve seconds in the 1000 freestyle. Hanford’s Isabella Klawitter was our final swimmer who maintained 100% improvement, and she did this by entering and improving the 50, 100, 200 and 500 freestyle events. Her largest drop was nearly thirty-one seconds in the 500 freestyle. Fourteen additional swimmers improved 50% or more of their times, and these included: Peyton Costa (89%), Ava Olson (89%), Ciara Clarke (86%), Alexa Wong (83%), Dylan Hunt (80%), Drew Black (78%), Michelle Murphy (78%), Madalynn Lady (75%), Brett Wong (67%), Bryan Wong (60%), Janessa Bringe (50%), Ashton King (50%), Thomas Matthews (50%), and Bryce Wong (50%).