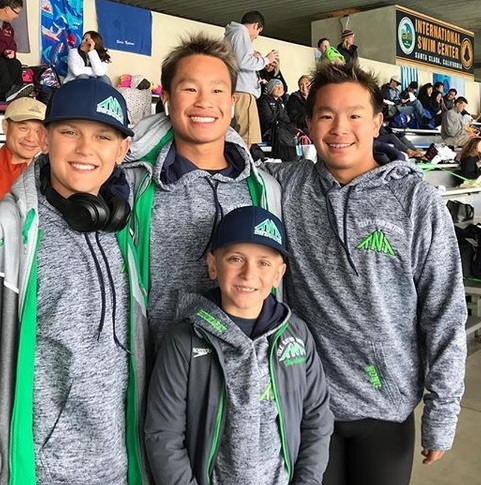 Ten TNT swimmers qualified for, and competed at, the 2019 Short Course Far Western Championships hosted by Santa Clara Swim Club at their International Swim Center in Santa Clara over the first weekend of April, and half of our swimmers performed well enough to earn a second swim among one of ten championships finalists. Although this is the first year Far Westerns offered a non-scoring consolation heat of the next ten swimmers, the all of TNT finalists competed in the championship (top-10) heat, and a vast majority of their final swims were in that heat. The caliber of Far Westerns is aptly reflected in at least one National Age Group Record being broken while at the meet.

Our top performance must go to 13-year old Bryan Wong who competed in seven events, and scored in all seven by earning a championship (top-10) swim in each event. This performance resulted in outscoring all but one of the fifty 13-14 year old boys who earned a score in any event, and missing the high point award by a mere two points (57 vs 59). Bryan was the event champion in the 400 IM, posting a time of 4:04.61, and breaking his preexisting record by over four seconds when he set it at Sectionals just over a month earlier. His time currently stands as the 18th fastest nationally, and is a new Futures cut for him. Bryan was the runner up in four additional events, three of which also resulted in team records. His first 2nd place finish was in the 200 breaststroke where his prelim time of 2:07.29 bettered his Sectional time by over two seconds, and now stands as the 28th fastest nationally for boys at age 14. He followed this with a 2nd place in the 200 IM, resetting his team record from 1:58.54 set in December at the Age Group Championships, to a 1:55.52, and a time that ranks 31st nationally. Another 2nd place resulted from his 58.63 in the 100 breaststroke, once again improving upon his previous team record of 59.66 from JO’s in February, and posting the 28th fastest time nationally in that event. The other 2nd place was in the 1000 freestyle where he posted a time of 9:42.87. His final record resulted from his 1:45.20 swam in the preliminary heats of the 200 freestyle. This was an improvement from his JO relay leadoff time of 1:47.16, and currently ranks 105th nationally. His final scoring event was from his lifetime best of 49.05 in the 100 freestyle where he touched 6th. 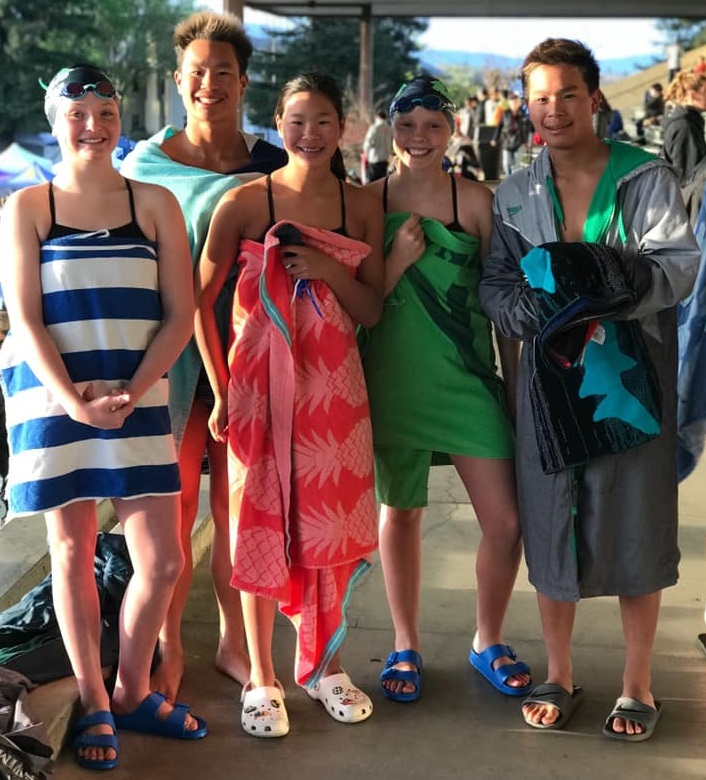 Our only other swimmer to score points was Drew Black who did so in two events, beginning with a record breaking time of 59.53 in the 100 fly, swimming twice under the minute mark, and becoming the first 11-12 year old girl in the history of our team to do so. Drew’s previous record was 1:00.13 set at the Winter Age Group Championships in December. Her new record stands as the 69th fastest nationally for girls at age 12. She also swam under her preexisting team record in the 50 fly, this time posting a time of 26.88, and earning a second swim in the consolation heat where she placed 11th. This time currently ranks as the 64th fastest nationally. Drew did score in the 200 fly where she placed 6th after posting a lifetime best in the preliminary heats (2:12.92).