That’s the heading of the press release that came out of Auburn University stating that Kolton’s 45.26 edged out Cal Berkley’s David Russel by .04 seconds. It was a great race to the finish. Combined with the other events and diving, at the Auburn takes the title of NCAA Champion. Kohlton’s contribution included two winning relays, a seventh place finish in the 200 backstroke, and winning the 100 backstroke. His 45.13 from his morning swim was only about a half second off of Ryan Lochte’s American Record of 44.60 which he set at his NCAA meet in March of 2006. Kohlton became the first Auburn swimmer in that school’s history to win a 100 backstroke event at the NCAA meet. Congratulations Kohlton – TNT is very proud of you. 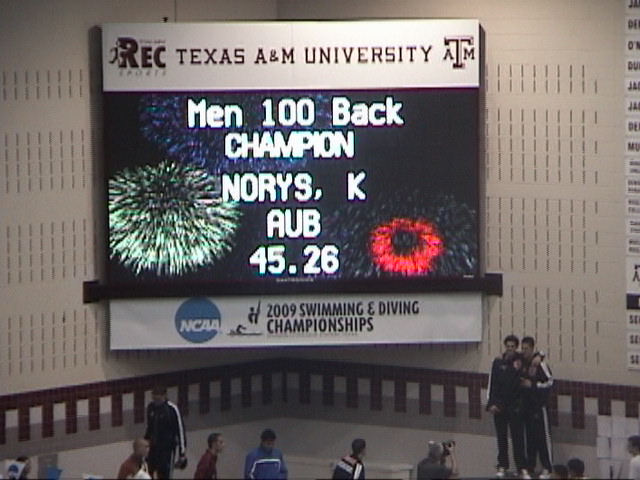