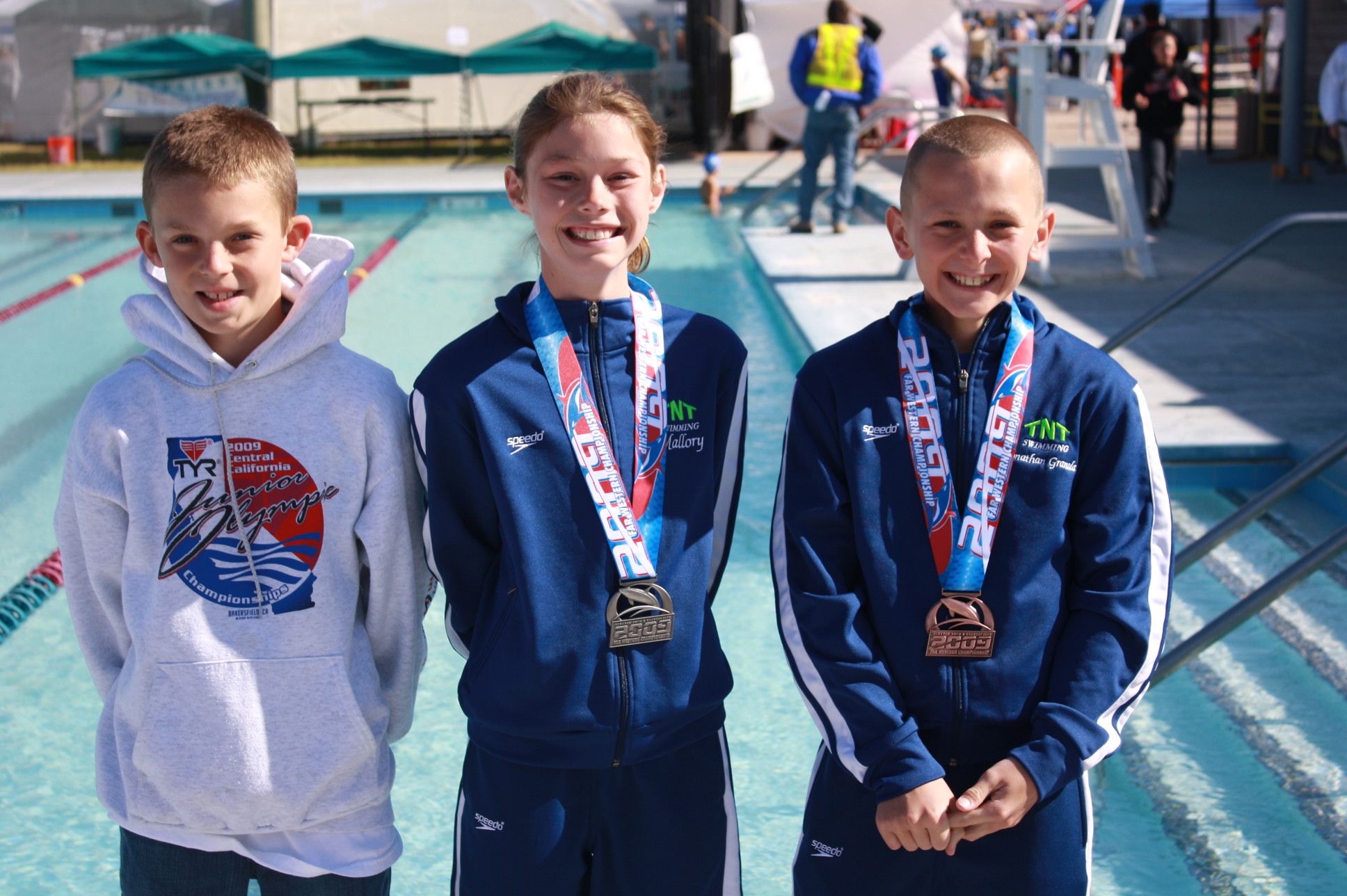 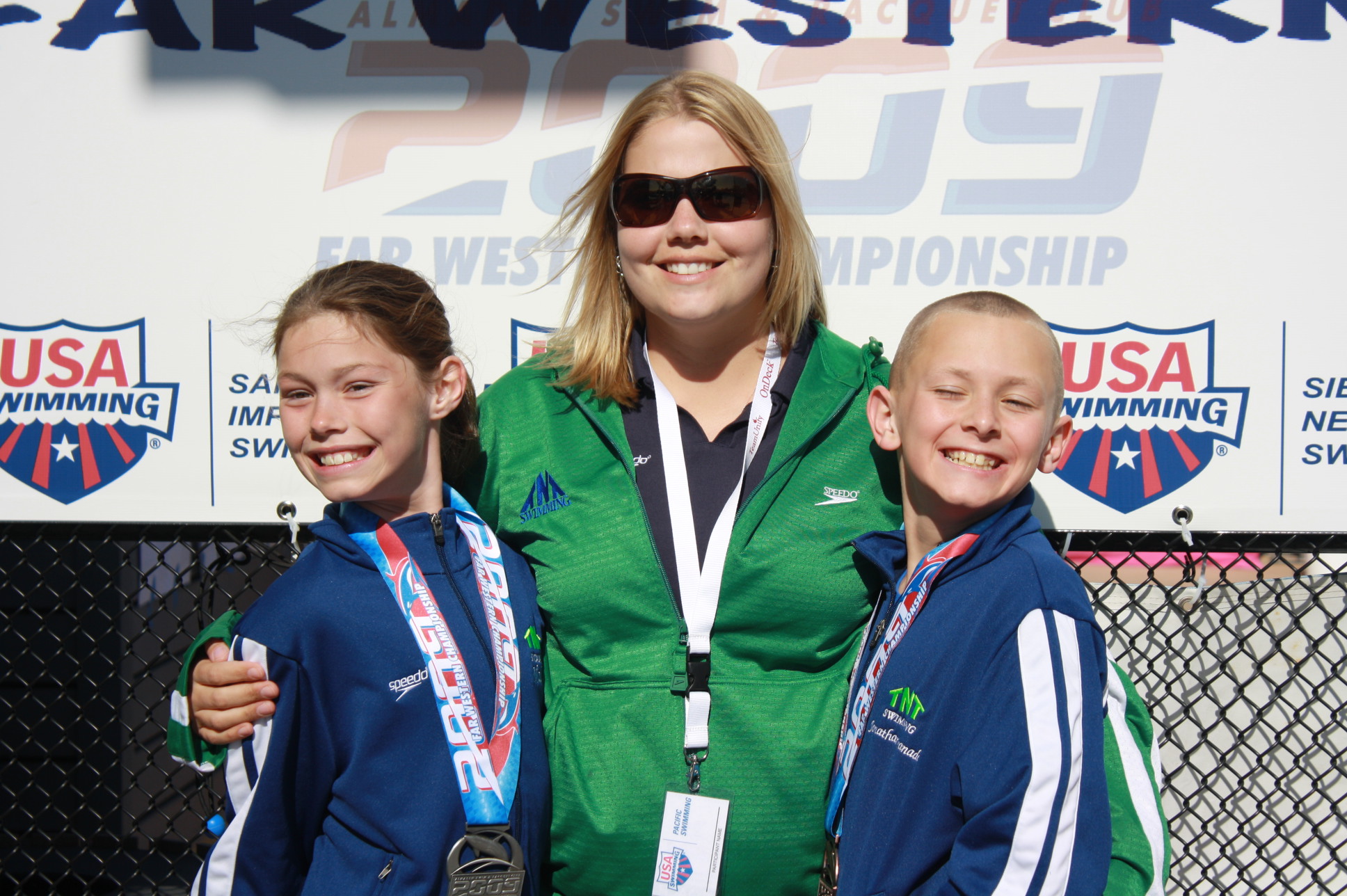 Pictured above along with Mallory and Jonathan is Blayze Jessen of Merced who is a CCS standout and one of the few 9-year olds in the nation who are fast enough to qualify and compete at Far Westerns.

TNT sent four of our top age group swimmers to one of the top age group meets in the nation (Greyson Canterbury, Hannah Giles, Jonathan Granada, and Mallory Korenwinder). During the preliminary heats on the first day of the meet ten year old Mallory Korenwinder breaks her pre-existing team record by swimming a 1:15.76 in her 100 breaststroke which is fast enough to enter finals in second place. She holds on to that second place finish in finals and drops her record an additional second and a half to a 1:14.26. That moves her national ranking from 14th back among the top ten, in sixth place. Mallory is a returning finalist to the meet.

Ten year old Jonathan Granada travels to Morgan Hill to compete at his first Far Western meet after qualifying for the prestigious meet within his first year of club swimming. Not only does he qualify for the meet, he finals on his first day. This 10-year old’s 1:10.55 in his 100 fly is nearly a two second improvement over his pre-established team record, and will take him into finals in eighth place tonight (Thursday, April 2nd).

Greyson Canterbury also competed in his first Far Western meet and improved one second in his 100 fly. Hannah Giles is another returning finalist to the Far Western scene, and she swam the 200 breaststroke event for her first race.

Mallory Korenwinder improves nearly three seconds to break the team’s third, and her second, team record while at Far Westerns. Mallory swam a 2:35.99 in her 200 IM, fast enough for second alternate, and a move up from 18th to 10th place. Her time breaks Lindsay Storey’s team record by two seconds. Lindsay had set the team record at the RCA meet back in 1994. 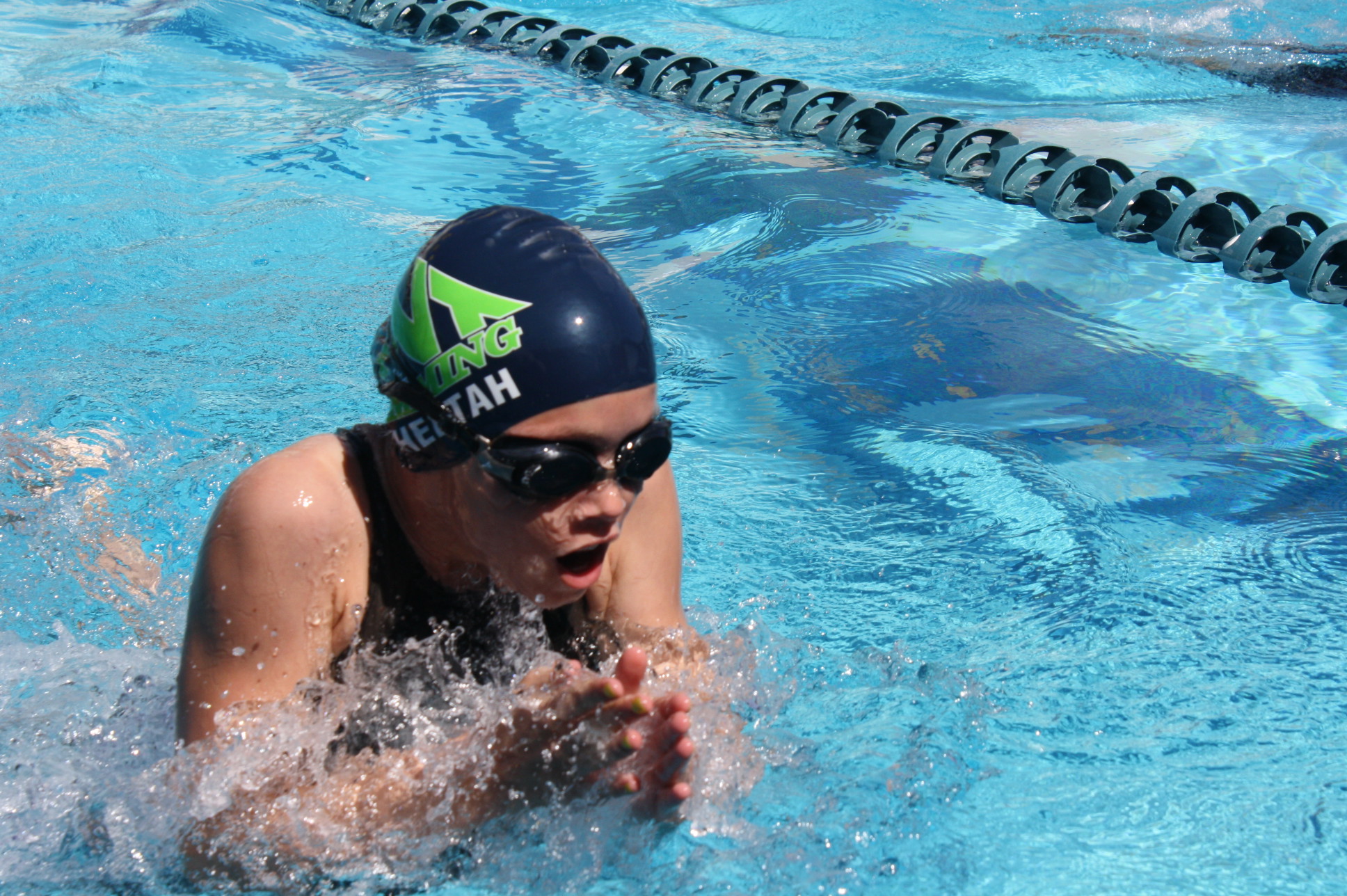 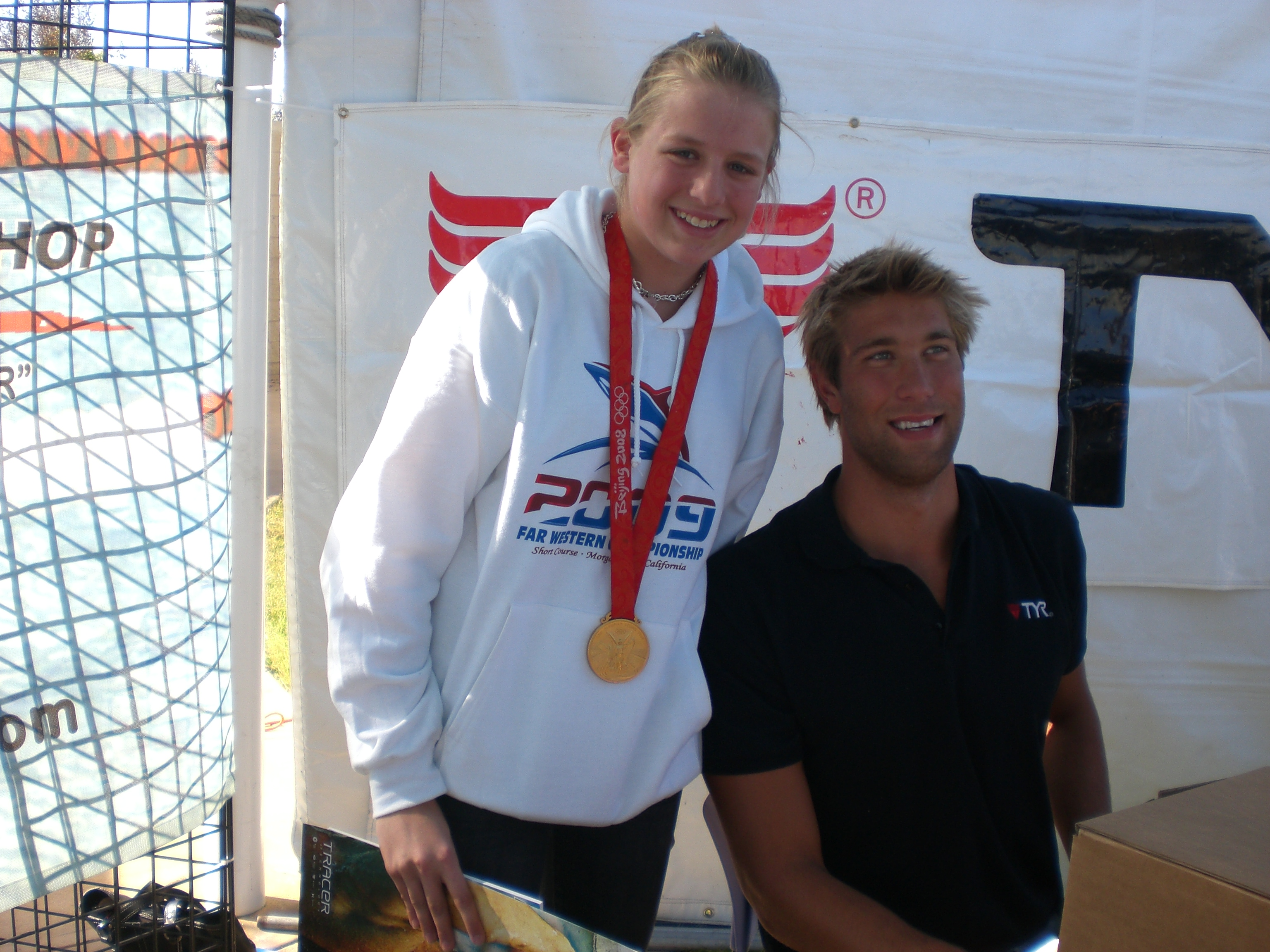 Hanna Giles, Jonathan Granada and Mallory Korenwinder all competed on day 3 of Far Westerns. Hanna swims a 1:12.13 in her 100 breaststroke with a time improvement that establishes her as the third fastest 13-14 TNT swimmer of all time. After breaking three team records on the first two days, Jonathan Granada swims the 50 breaststroke, while Mallory Korenwider continues her record breaking streak by swimming a 33.94 in the 50 breaststroke which not only breaks her own team record, but also becomes the sixth fastest time in the nation. Mallory’s time placed second in the event which proved to be a close race for the championship.

The final day brings back all three swimmers from day 3. Hanna Giles repeats her time in the 50 freestyle with a 25.98 while Jonathan Granada breaks a final team reacord with a 1:13.13 in the100 IM. His previous record was set at the Tulare meet just two months earlier. Mallory Korenwinder rounds out her meet with a 1:13.09 in the 100 IM and a time improvement to a 32.58 in the 50 fly becoming the fouth fastest 50 flyer ever on the team. 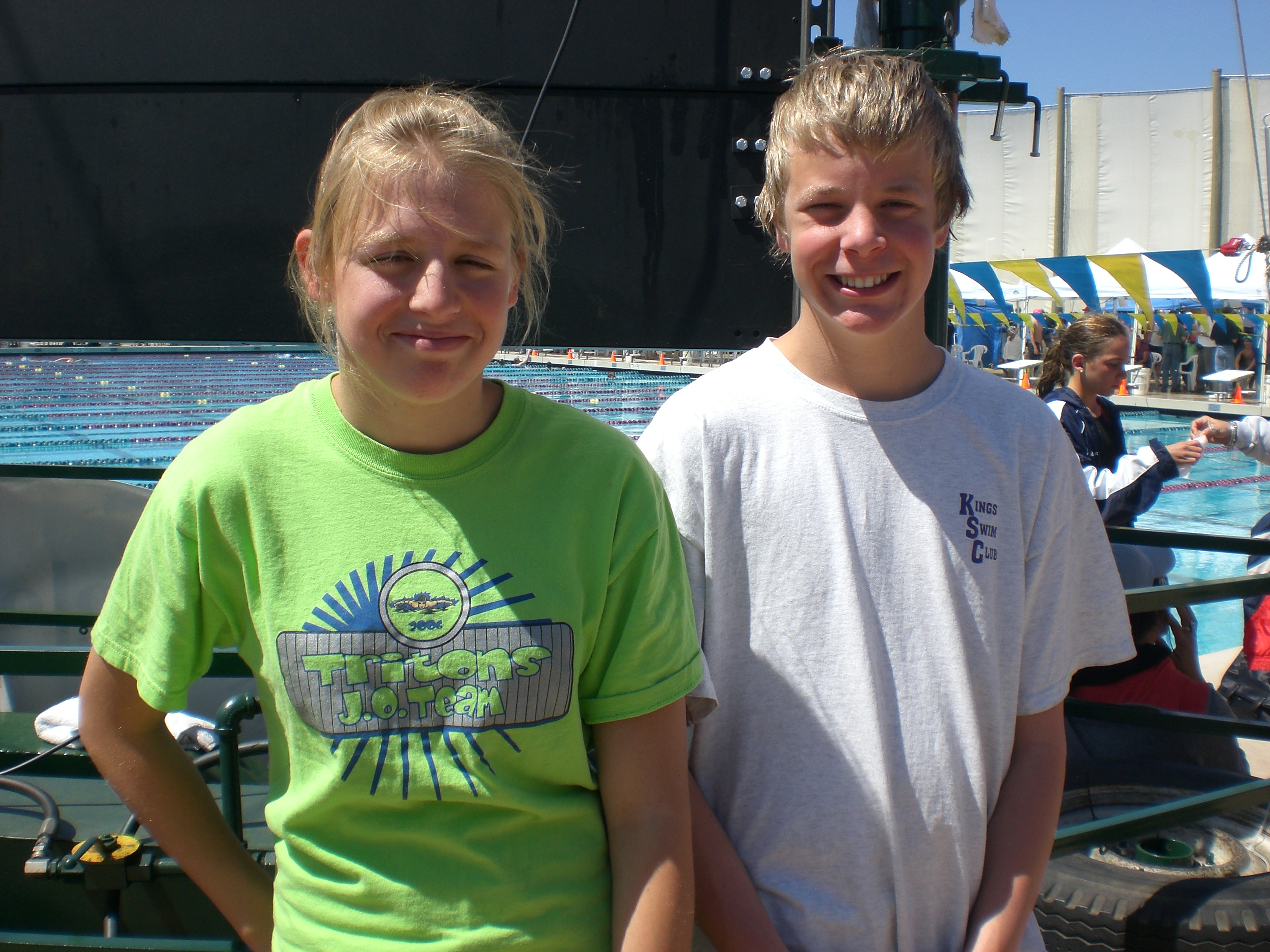 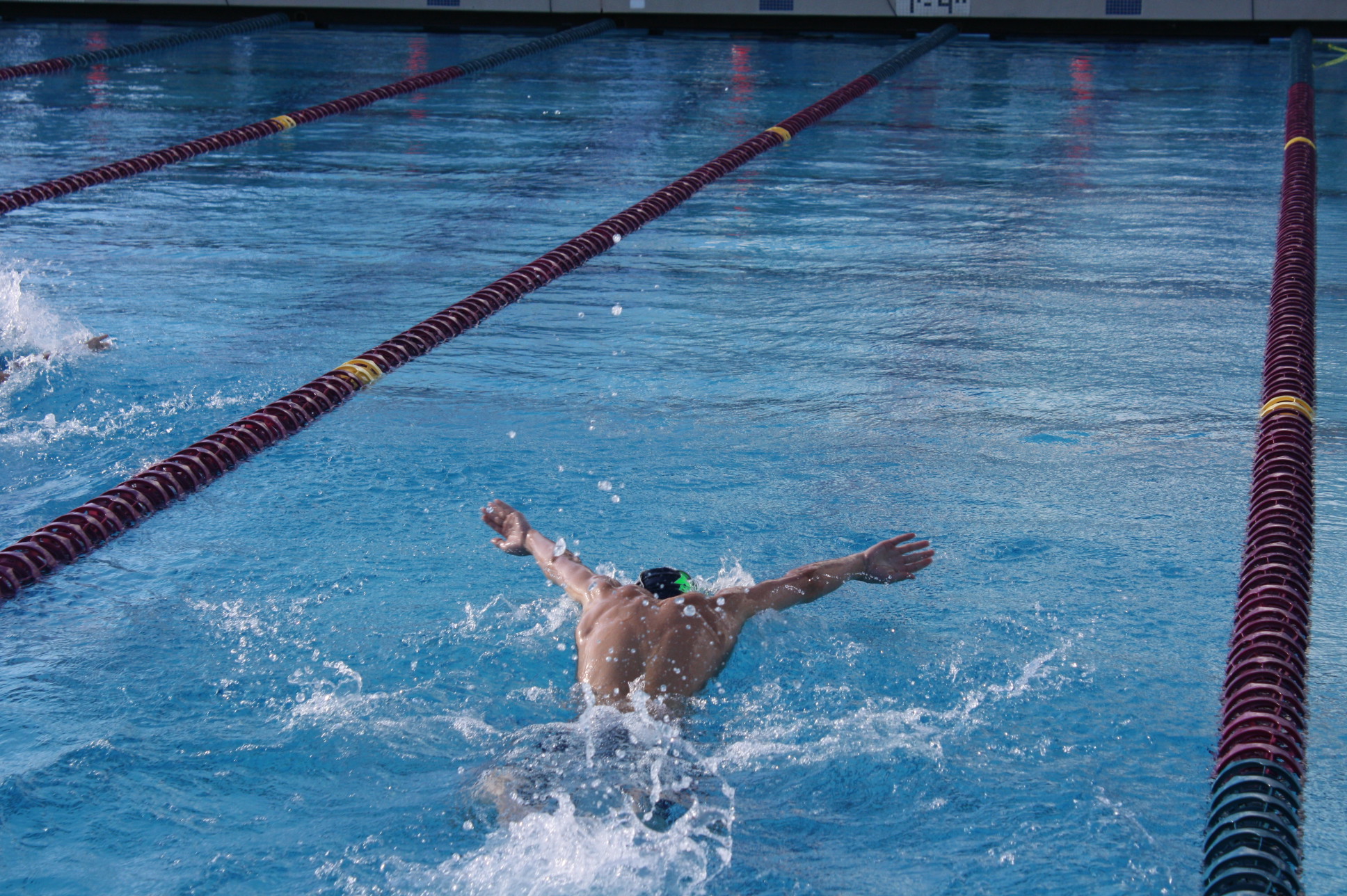 Pictured above with Hannah is Colin Landweer. Colin swims for Kings Swim Club and made his first Zone cut in the 50 free as he attended his first Far Western meet.