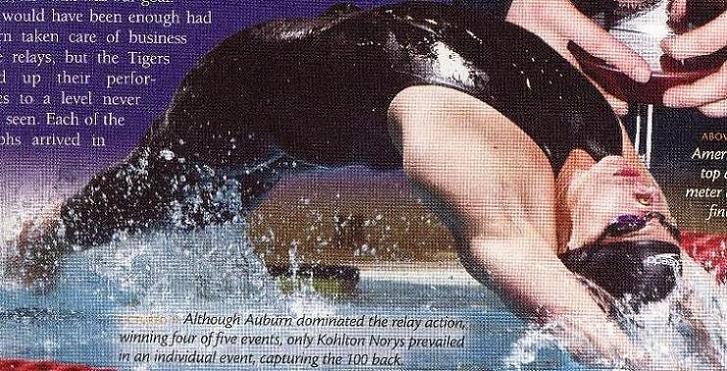 Check out this month’s May issue of Swimming World Magazine. Kohlton is the only male swimmer on the cover which depicts the Cal Berkley women’s team for winning NCAA Championships. Auburn was the winning NCAA men’s team, and Kohlton became the first male swimmer in the history of the school to win the 100 yard backstroke event. As Swimming World Magazine notes, he was also the only male swimmer to win an individual event for Auburn. Winning the NCAA Division 1 Championships typically marks the swimmer as being the fastest in the nation that year. 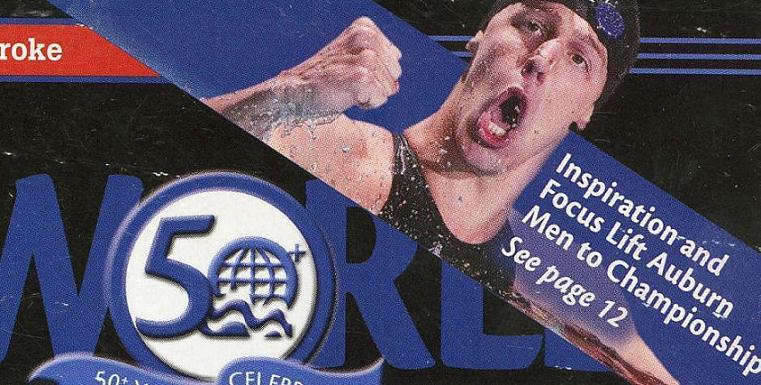