TNT kicked off the 2009 awards night with a softball game between the swimmers and the adults. There were various accounts of what the final score ended up to be  something like adults 12, swimmers 11  oh, but whos counting anyway.

The true highlights for the night included the recipients for several awards that were announced later that evening. Shannon Nolan was our Master of Ceremonies as she guided us through the presentations. Twenty-two swimmers were recognized for obtaining enough points over the year to receive the Royal Swimmer award. 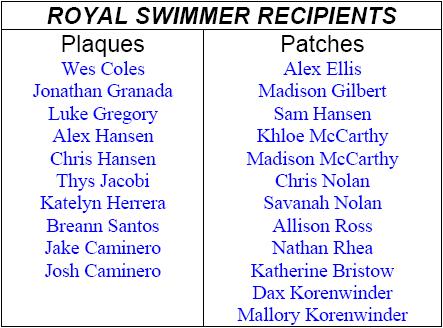 Nathan Rhea was then recognized for setting several Central California Swimming records while he was in the 11-12 age group and swimming for Merced Skimmers.

Eighteen swimmers had broken team records this past year and they received certificates and recognition in their accomplishments. 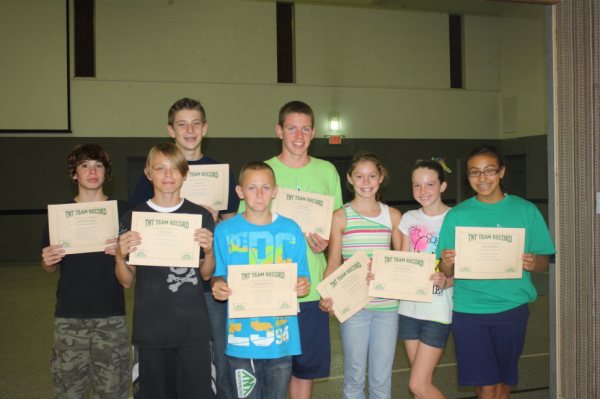 An additional 21 swimmers maintained times fast enough to remain in the top five among all swimmers in their age group from anywhere in Central California Swimming. 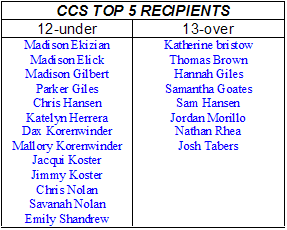 Finally, those swimmers who had been recognized as the Swimmer of the Month during the previous year were once again presented to our swimmers and families: 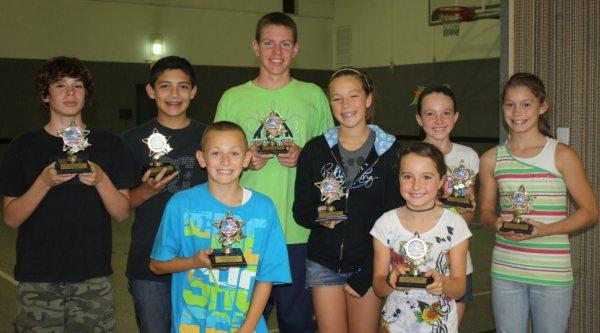 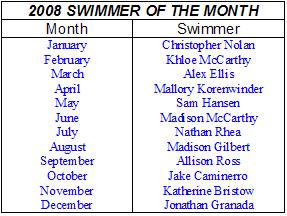