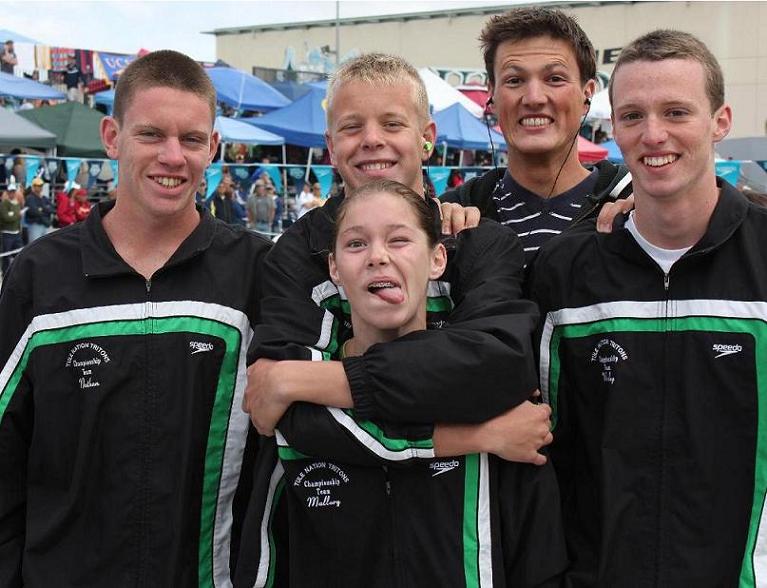 Nine of our swimmers traveled to Irvine to compete alongside swimmers representing Cal Berkley, USC, Stanford, and other colleges both in and beyond California, as well as club programs abroad, all of whom traveled to compete at the Speedo Grand Challenge held in Irvine over the Memorial Day weekend. Four team records were set while at Irvine, and these were led by Megan Eppler who set both the 50 and 100 freestyle team records. Megan’s 27.02 in the 50 was not only fast enough for a team record, but also earned her a second swim in the event. Megan’s time was under the preexisting team record of 27.43 set by Samantha Goates at Junior Olympics in 2006. Training at the University of Kentucky, Megan’s time currently ranks 11th among all 19 year old female swimmers in the nation. Her 59.24 in the 100 freestyle currently ranks 18th in the nation, and is under her own pre-existing team record that she set as a 1:00.28 at Junior Olympics nearly 3 years ago in 2008.

Nathan Rhea returned to his 3rd Speedo Grand Challenge meet to break his own team record in the 400 IM event with a time of 4:48.95. Nathan set the record at Sectionals last year as a 4:50.59, and his time currently ranks as the 56th fastest time in the nation among 16 year old boys. Bobby Yribarren also improved his team record in the 200 fly event to a 2:09.07.  He too had set the previous record at Sectionals last year as a 2:09.26, and now his time ranks 8th in the nation, with Michael Phelps holding the top time for the year at 1:55.34 for all 25 year old men. Bobby and Megan became the only TNT swimmers to earn second swims at the meet.