Seven long course team records were broken over the Memorial Day weekend, and one of them also became a Central California Swimming (CCS) record. Allyson Duffy had set the short course 11-12 girls 1000 freestyle CCS record during Far Westerns in March. Now, only two months later she set the 11-12 girls 1500 freestyle record while competing at the Clovis meet over the Memorial Day weekend. Her 18:47.69 was under Clovis swimmer Shelbi Horn’s record of 18:58.31 that was set in 2004. Allyson becomes the fastest swimmer in the history of Central California Swimming in the long course mile with a time that currently ranks as the 6th fastest for any 12-year old girl in the nation. 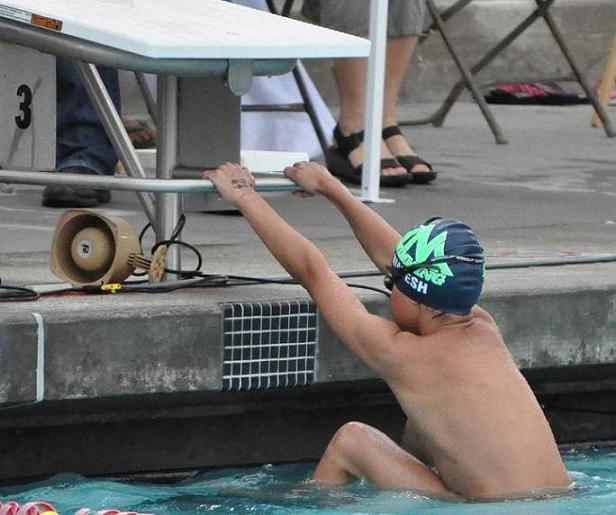 Six TNT swimmers improved 100% of their times while at the meet. These swimmers included Alonso Escobedo, Chris Hansen, Khloe McCarthy, Madison McCarthy, Katherine Sullivan and Keshin Vishan. Congratulations to 7-year old Toby Jones both for qualifying to Junior Olympics in his breaststroke and for swimming his first long course events in the 8-under division, along with 11-year old Jeije Tiersma who also competed in his first long course events for the team.