Despite a missed relay that had a potential of bringing in at least 40 points based on the entry time and final results, and illness that befell the team, our 14 Tule Nation Triton swimmers were able to still maintain a 2nd place finish in the small teams division, a mere 44 points behind the first place Roadrunner team of Bakersfield, accumulating enough points to outscore all but one of the 32 teams that scored in the small team division at the 2012 Winter Sectional meet. Swimmers who earned points in individual events were led by Kohlton Norys who accumulated 52 points that resulted from a 1st place finish in the 100 backstroke (46.77) that became not only a new team record, but was nearly two seconds under the previous meet record of 48.03 that was set in 2010 by former Big West 100 back Champion, and former US Pan American Games Qualifier, Eddie Erazo. Kohlton had also set a team record in the 50 freestyle (20.16) by winning the consolation final by a rather large margin. 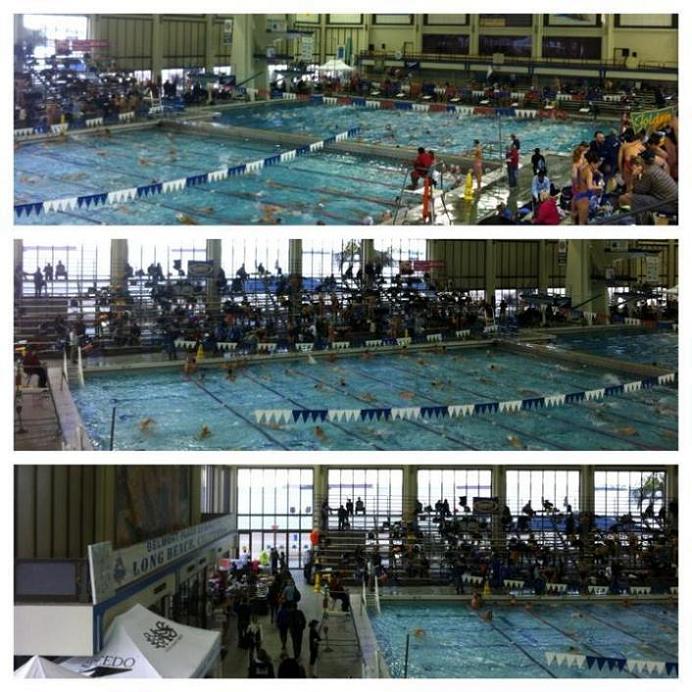 Our next highest point source came from Christopher Nolan contributing 29 points to the team effort, the bulk of which came from his 5th place finish in the 200 fly (1:50.76). His time improved his team record that he had set at the Terrapin meet this past month, and stood as the 11th fastest in the nation at the time of the swim meet for all boys of age 16, only one place out of what will be nationally recognized. Chris also placed 21st in the 100 fly (51.46) scoring points in the bonus heat.

Mallory Korenwinder scored on the first day of the meet with an 11th place finish in the 200 breaststroke (2:18.29) and a time improvement that followed her improvement at Junior Nationals one week earlier while competing at the University of Tennessee. Her time improves her team record by over two seconds, stands now as the CCS record that previously belonged to Jenni Brelsford of Fig Garden who set the record as 2:18.61 in 1992, and is currently the fifth fastest time nationally for the gender and age. Her 200 IM time of 2:09.94 was achieved in a time trial event, and is nearly two seconds under Samantha Goates team record 2:11.43 that was set at Junior Olympics in 2005. This time was the 73rd fastest nationally at the time it was swum. 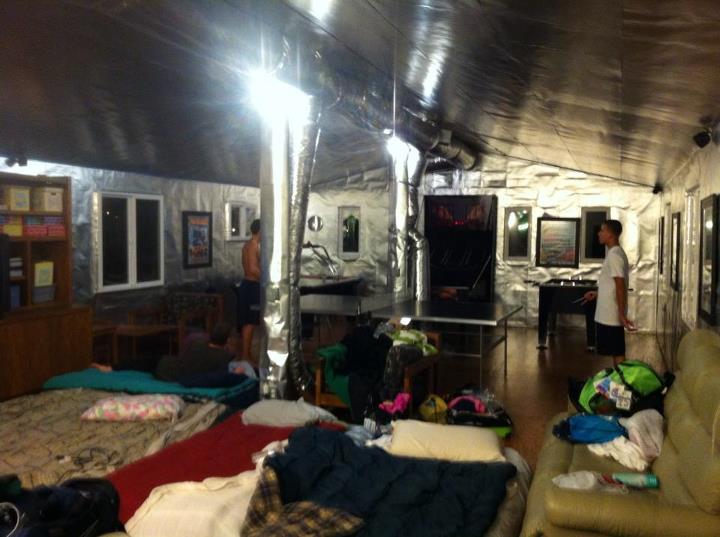 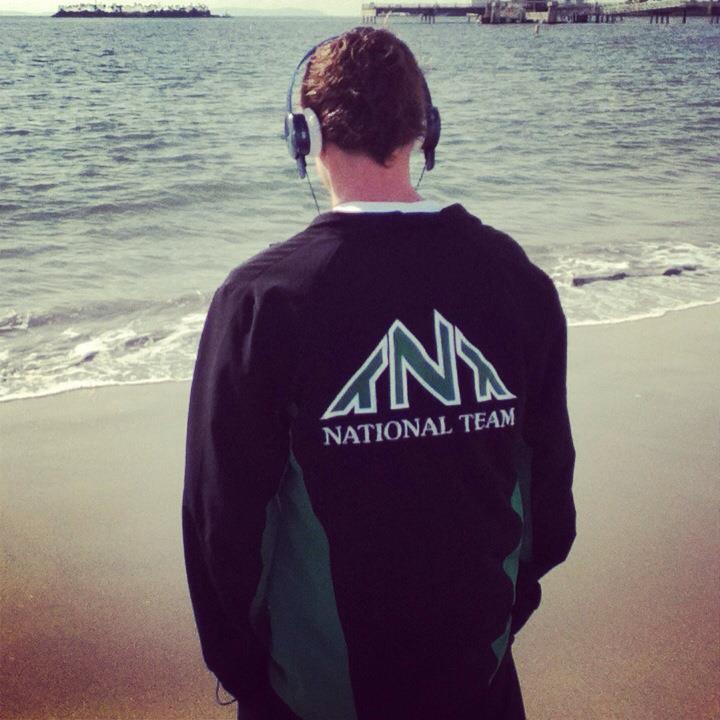 The next highest point source from individual events came from Nathan Rhea who earned the largest number of second swims when compared to anyone on the team. His 400 IM time of 4:04.16 was better than his previous team record of 4:05.39 that was set in 2010 at the same pool. The time stood at 63 for a national ranking among 17-year old male swimmers at the time it was swum. Nathan had also set the team record in the 200 breaststroke (2:08.01) that was an improvement of 2:09.46 that was set at Sectionals in 2010 by Sam Hansen, and Nathans time ranked 67th for the national age and gender during the weekend. His final second swim came in the 200 backstroke (1:52.96). Nathan placed 20th in the 400 IM, and 23rd in the other two events.

Colin Landweer made it back in the 100 freestyle (46.72) event on our first day of the meet with a 22nd place tie and a time that was is under 2008 Olympic Trial qualifier, Bradley Matsumotos team record of 46.88 set at the Winter Invitational in 2004. Colins time stood as the 91st fastest nationally among all 18-year old male swimmers at the time of the meet.

Team records were also set by Lauren Davis of Fig Garden who improved her own 15-16 team record in the 200 breaststroke (2:26.94) from the time she had set at the Selma meet three months ago as 2:33.23 for a national ranking of 113. She had also gone under Katherine Bristows previous record of 1:10.25 that was set at the Tulare meet in 2008 in the 100 breaststroke event. Laurens new record is now 1:09.97 and currently stands as the 274th fastest nationally for all girls at age 15. 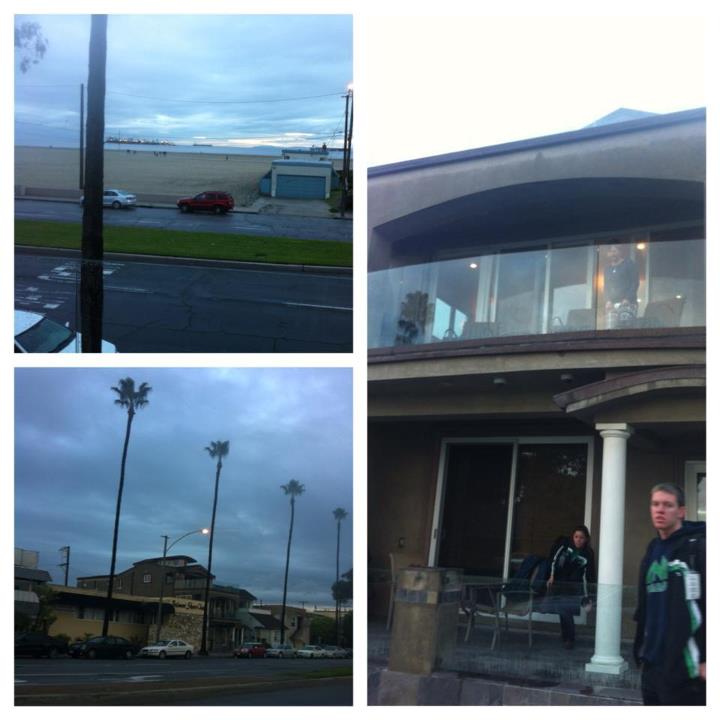 A relative newcomer to the team, fourteen year old Jillian Hatch who trains in the Selma program had reestablished three team records belonging to two of our most successful swimmers of the past. Jillian swam a time of 24.26 in the 50 freestyle, thereby breaking the record belonging to Samantha Goates that she had set at the Winter Invitational in 2003 as a 24.47. The new record now stands as the 50th fastest nationally for girls of age 14 during the weekend of the meet. Her 100 free time of 52.70 was also under Samantha Goats record 53.36 that was set at Junior Olympics in 2005, and Jillians time stood as the 59th fastest nationally when it was swum. Finally, Megan Eppler had set the 500 freestyle record as a 5:08.10 in 2005 at the Winter Invitational, and Jillians 5:07.58 now stands as the new record, and was the 84th fastest time swam nationally for the gender and age during that weekend.