Ten year old Skylar Ford of Visalia continues her dominating performance by swimming undefeated in all six events she competed in at the All Star meet over the 19-20 weekend in Poway, California. Central California Swimmings 2013 All Star Team competed against the All Star Teams representing San Diego Imperial and Sierra Nevada over the weekend. Twenty-two TNT swimmers comprised a large portion of the All Star Team for this year. Skylar not only became the champion in all six events, she also broke her team record in the 200 freestyle event with a time of 2:17.44. Skylar currently holds four of our twelve 10-under girls short course records. She had set the 200 freestyle record at the Tulare meet only one month prior to the All Star Meet with a time of 2:17.86. Her new record currently stands as the 203rd fastest time in the nation for girls 10 years of age.

Danielle Albright was our only other event champion as she won the 50 breaststroke event with a time of 38.08. Her 5th place finish time of 6:12.98 in the 500 freestyle resulted in a new team record for the 10-under girls division, and the time currently stands as the 210th fastest in the nation for 10-year old girls. The record stood for nearly five years, and was set by Khloe McCarthy at the Tulare meet in 2008.

Jonas Huckabay of Selma our other swimmer with a team record breaking performance, and he did so by improving his 200 backstroke by over 12 seconds to a 2:32.73, placing his swim under the preexisting team record of 2:42.03 by nearly ten seconds. The previous record was set by Luke Gregory, also nearly five years ago, while competing at the San Luis Obispo meet. The time is posted as the 978th time out of 2,430 in the nation among boys of age 12 who have competed in the event. 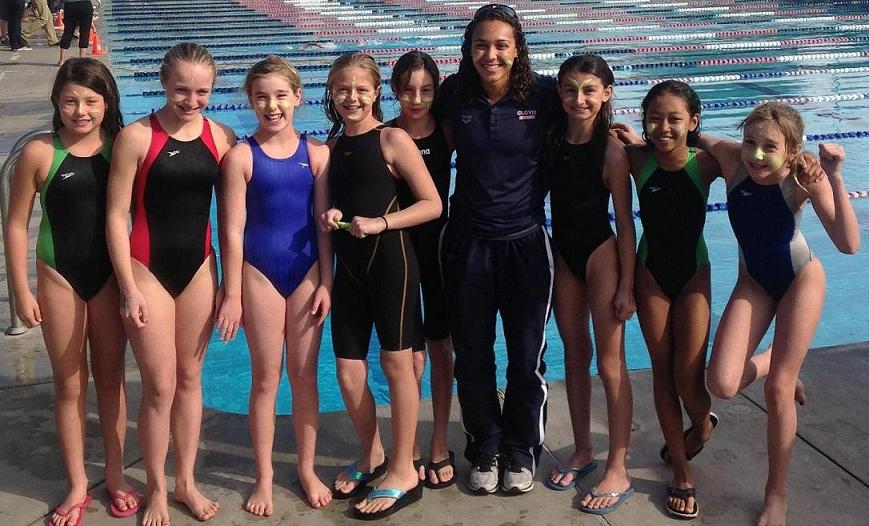 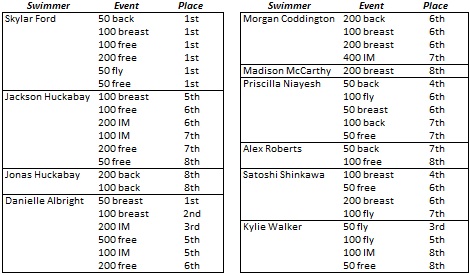 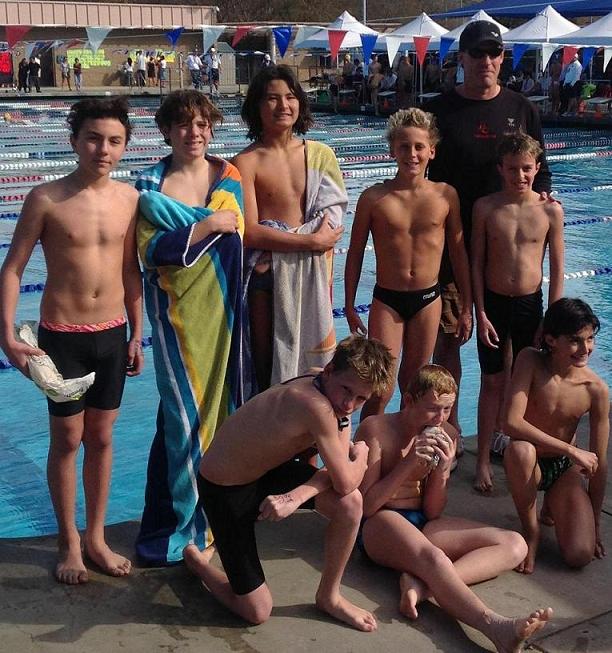