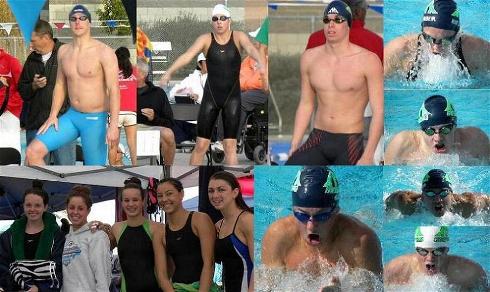 Twenty-four TNT swimmers competed at the Juanita Allington Memorial Senior Meet that was held during the last weekend of February, and over half of our swimmers earned a second swim in the championship, consolation, or bonus final, becoming one of 30 athletes in each event to do so. 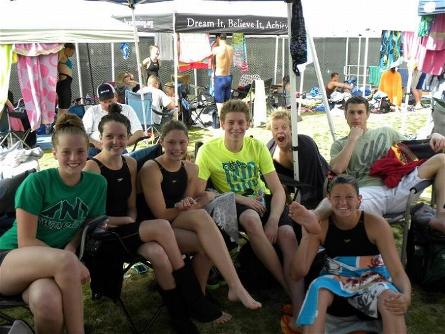 Nine team records were set at the meet, and were led by the four broken by Jillian Hatch who newly enters the 15-18 age group. Shortly after setting team records in the 13-14 age group, Jillian now sets the 100 free team record as a 52.68 in her new age group by outperforming Megan Eppler’s time of 53.38 that was set at the Terrapins meet in 2007. Jillian’s time now stands as the 150th fastest time in the nation for girls at age 15. Her 5:03.66 in the 500 freestyle was well under Megan Eppler’s  5:09.37 that was set at the Belmont Grand Prix in 2007, and Jillian’s new record now stands as the 135th fastest time posted this year. Her final record for the meet was in the 200 freestyle, where her time of 1:53.68 is nearly three full seconds under Megan Eppler’s previous record of 1:56.29 set at the Salinas meet in 2007. This is the 156th fastest time posted nationally. Jillian’s final record came in the 100 breaststroke, where her time of 1:09.19 slid under Lauren Davis’s previous team record of 1:09.97 that was set at Sectionals this past December. Jillian’s time is currently ranked as the 350th fastest nationally for 15-year old girls.