One year after placing 2nd in the Small Teams Division at Sectionals with 14 swimmers, a mere five swimmers competed at the 2014 Short Course Sectionals and placed 9th from a field of approximately 40 teams that fall into the division. 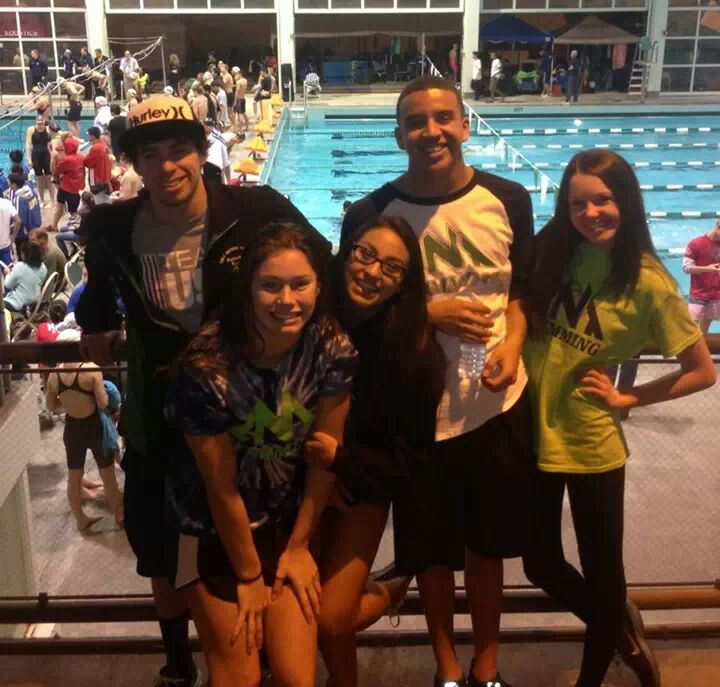 Our highest place finish came in the 2nd place performance by Mallory Korenwinder’s 200 breaststroke swim in a time of 2:17.12 that becomes a 15-16 CCS Record in the event, a record of 2:17.64 that was set one year after Mallory was born, in 2000 by Shallene Catalano. This was also the CCS Senior Record that was shared by Jenni Brelsford from the 17-18 age division, and set in 1996 prior to Mallory’s birth. Mallory’s time currently stands as the 6th fastest time nationally for girls at age 15. Her second highest finish was third in the 100 breaststroke, where her time of 1:02.85 is a new team record topping her National performance of 1:03.33 one month earlier. Only three other 15-year old girls had gone as fast anywhere in the nation since September of 2013 (one of the three being questionable). Mallory’s time was under the 2013 US Open time standard. Mallory’s next highest finish resulted from her 56.80 in the 100 butterfly event, and was enough for a 17th place finish, winning the bonus heat. The time also went under the 15-18 team record that was set as 57.82 by Sierra Jett at the Terrapin meet in November, and was also under the Senior team record of the same time that was shared by Sierra and Ana Mitchell.  The new record now stands as the 67th fastest nationally. Mallory earned a second swim in all but one event. Her final team record came in the 200 IM, where she had previously set the record at Junior Nationals in December as a 2:08.47. Her 2:05.59 at Sectionals finished 20th, and stands as the 56th fastest nationally. Her final second swim was in the 400 IM where her time of 4:33.15 was enough for a 23rd place finish there. Mallory was our only swimmer to improve 100% of times. 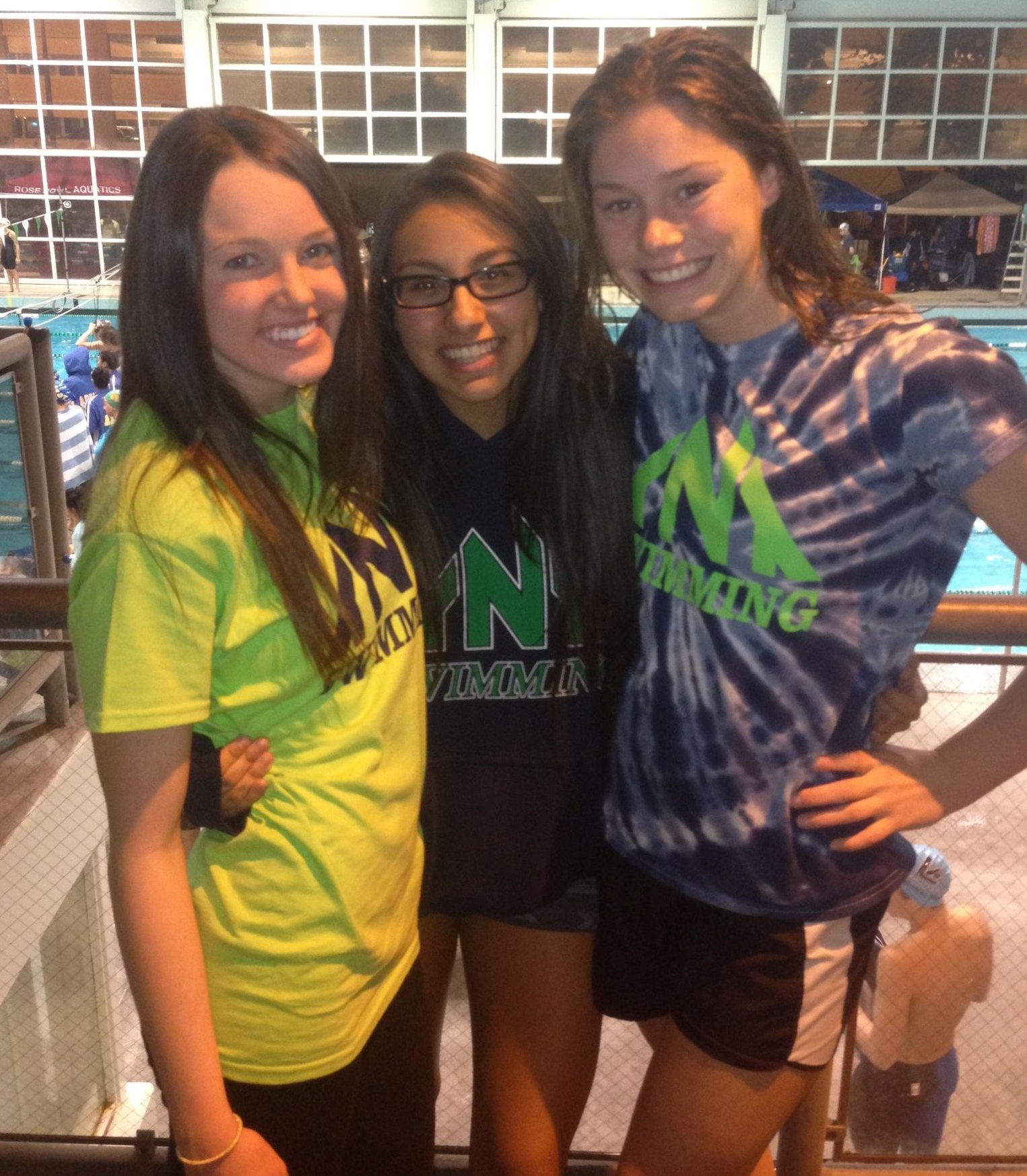 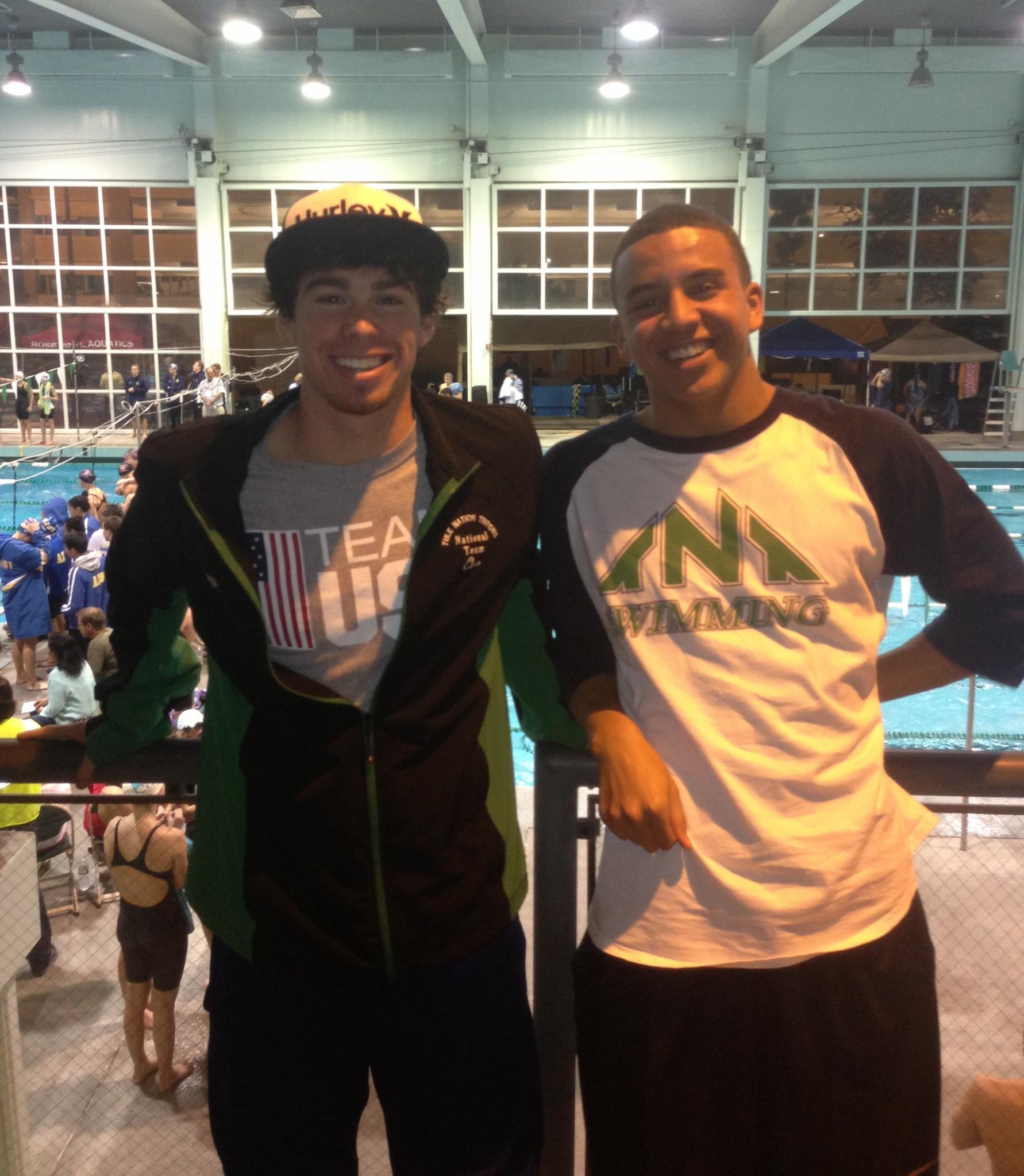 Our next highest point-getter was Kyle Grissom who set a new team record in the 100 fly with a time of 49.21 that finished 4th in a heat where the National Age Group Record was broken. Kyle had set the 15-18 team record at Junior Nationals at a 50.16 last month. Kyle just got into the 16-year old age division, and already his time ranks among the top 10 nationally, at eight.  Kyle’s second scoring swim also came in a championship heat, and 7th place finish in the 50 free.

Chris Nolan earned his spot on the Central California – Nevada All Star Team that will compete against Japan next month. After earning his spot on the team based on his performance at Junior Nationals in the 200 fly, Chris improved his time, and therefore team record, in the event to a 1:49.05 and 5th place finish there. Chris’s time stands as the 17th fastest nationally among boys at age 17. Chris’s next highest finish was 20th in the 100 fly (50.73), and 20th in the 400 IM (4:05.83). Chris earned second swims in five of his six events, his final one coming in the 23rd place finish resulting from his time of 1:43.34 in the 200 freestyle.

Distance swimmer Katelyn Herrera competed in the 1650 freestyle, improved over five seconds in the event to a 17:45.35 and finished 15th in the event. Her time is an improvement over her own preexisting team record of 17:49.90 that was set at the Clovis meet early 2013. Her time is ranked 89th nationally to date.

Khloe McCarthy is one of the few who are able to return to Sectionals following the stringent time standard changes, and her highest finish came as 32nd in the 400 IM where she improved her time to 4:36.52 from a performance just weeks earlier. Another improvement came with the 25.84 in the 50 freestyle.