In preparation for the upcoming summer long course championship meets, five TNT swimmers traveled to compete in La Mirada in late February. In a unique meet schedule where two days of events were compacted into a single day due to difficulties related to pool availability, our five swimmers competed along with a handful of international swimmers representing USC. These swimmers included Nikita Lobintsev and Alexandr Sukhorukov who both represented Russia on the Silver medal 4×200 freestyle relay of the 2008 Olympics, as well as Yana Martynova from Russia who finished 24th in the 2012 Olympics in the 400 IM. Also joining the small meet was German swimmer Jan-Philip Glania who won the backstroke in La Mirada with a 2:02.65, and was the 6th place finisher in the semifinals at the 2012 Olympics. Miler Mateusz Sawrymowicz of Poland, a contemporary of 2000 and 2004 Olympic Gold Midlist Grant Hackett, also competed at the meet in his specialty event of the 1500 freestyle. 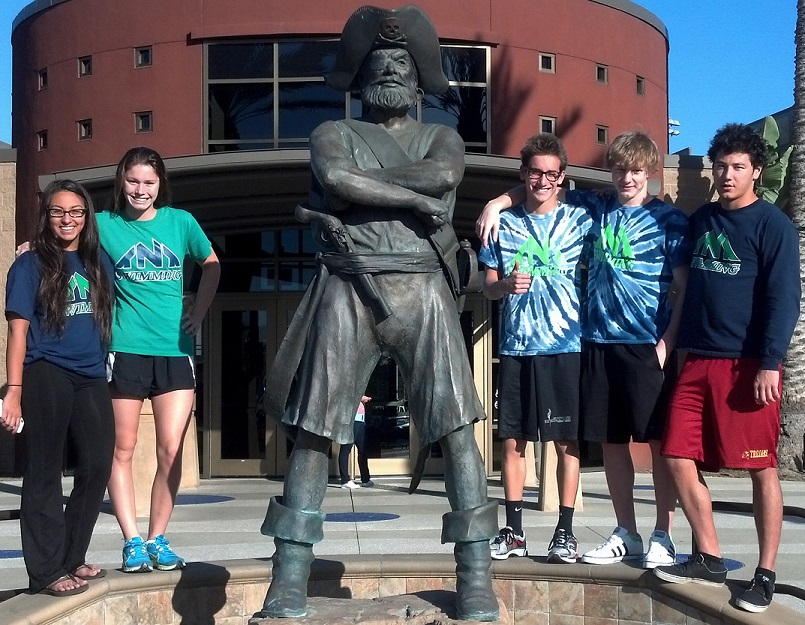