The March issue of Splash Magazine, USA Swimming’s national publication, lists the national top-10 age group long course rankings reflective of performances ending this past summer. Kyle Grissom swam 56.22 in the 100 meter butterfly to become the 4th fastest 15-year old boy in the nation, and the second fastest 15-year old in California. The top three times included a 55.32, 55.75, and 56.04. He is one of only six swimmers from Central California Swimming to hold a national ranking for the 2013 long course season. 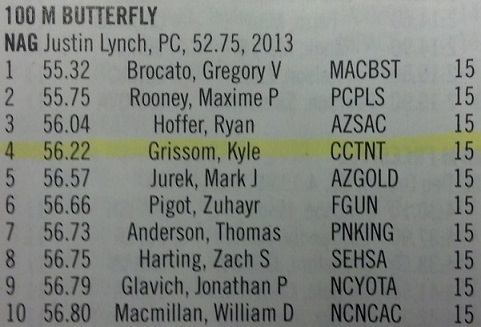