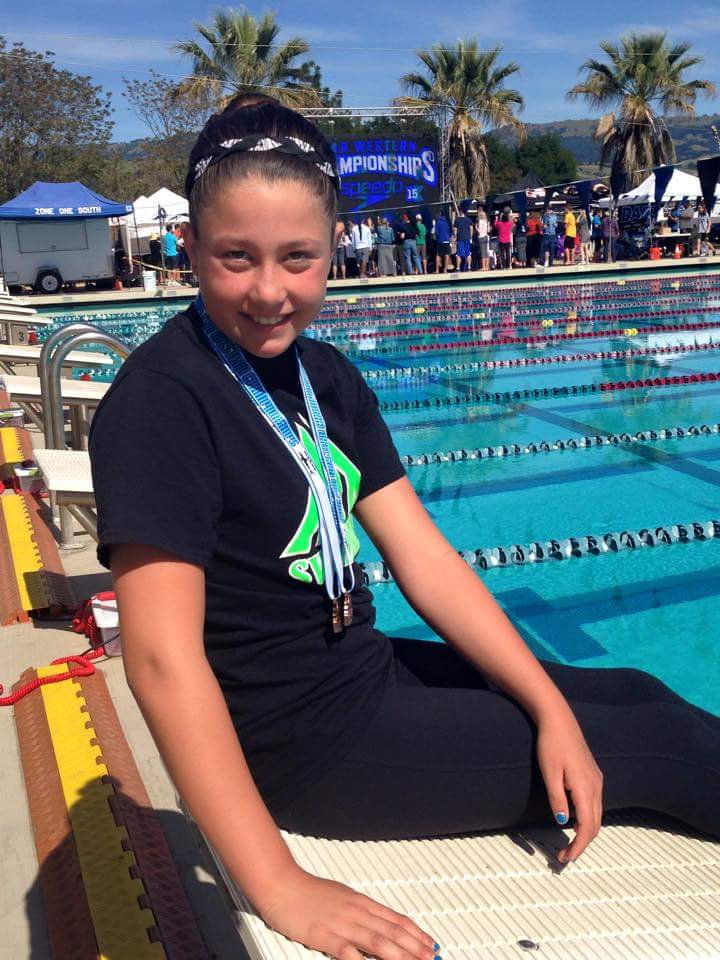 Eight TNT swimmers traveled to Morgan Hill, California and competed at the 2015 Far Western Championships in early April. Far Westerns has historically been the host to many of the top age-group swimming from across the nation, and is a venue were many national top-10 times have been established. The competition typically attracts well over 1,000 athletes who strive to place among the top ten in each event, thereby earning a position in the final heat.

This year, twelve year old Danielle Albright was our sole finalist, having her highest finish of 2nd in the 1000 freestyle, improving over 13 seconds from her previous best. Her time of 10:43.72 reclaimed a previous TNT CCS record that had subsequently been broken by Clovis’s Caitlyn Snyder in 2012. Danielle’s new CCS (and team) record currently stands as the 30th fastest time in the nation for all girls of age 12. Danielle’s 1000 freestyle was only the final performance that capped one of the most successful meets of her young career. She set three additional team records that included the 200 free where her time of 2:01.43 was an improvement of her Junior Olympic time (and record) of 2:01.53. This time stands as the 275th fastest time nationally. She went on to set the team’s 200 IM record with a time of 2:15.50, which once again she owned as 2:18.25 from JO’s, and her new record ranks 171st nationally. Her fourth team record was the 4:43.59 that she swam in the 400 IM, swimming four seconds under her previous record of 4:47.90 from the Clovis meet in February. This event stands as the 59th fastest nationally. Danielle earned top-10 finishes in five of her seven events. In addition to the 2nd place finish in the 1000 freestyle, she finished 4th in the 400 IM, 6th in the 200 breast (2:30.66), 8th in the 200 IM, and 9th in the 200 free. 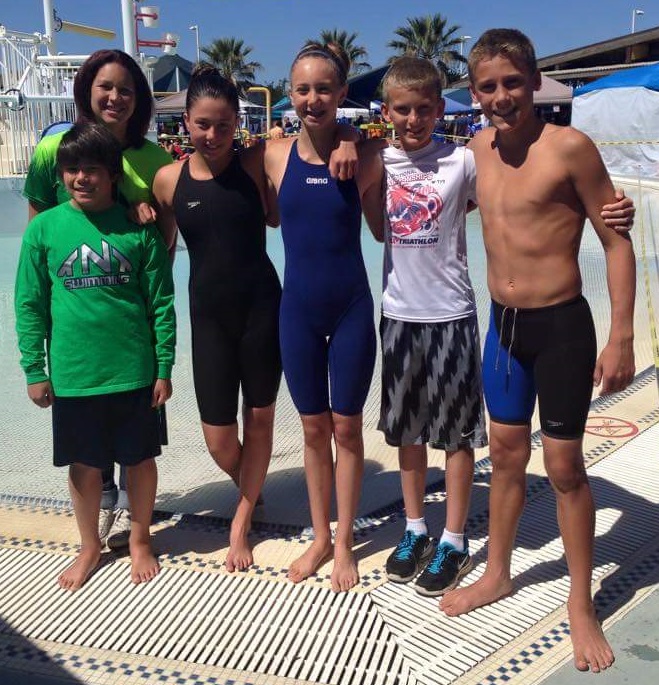