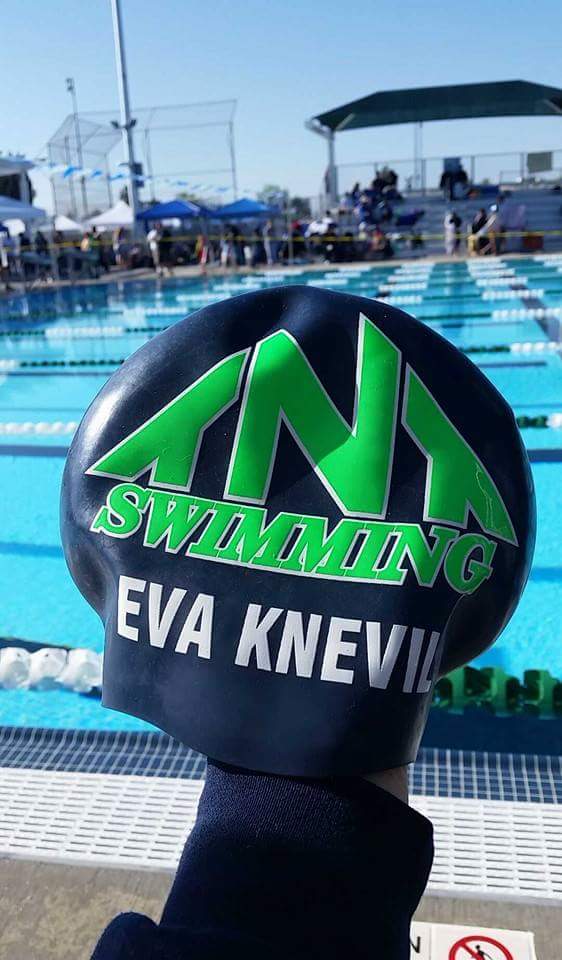 One team record was set at the meet as 12-year old Danielle Albright just returned from setting a new CCS record in the 1000 yard freestyle while competing at Far Westerns. Only two weeks later, she now sets a new team record in the 200 meter butterfly, swimming the event in a meter pool for the very first time. Her time of 2:46.62 slid under Janessa Bringe’s previous record of 2:47.14 that she had set at the Clovis Arena Grand Challenge meet in July of 2014. Danielle’s new record now stands as the 30th fastest time by any 12-year old girl in the nation.