Fourteen TNT swimmers competed at the Los Angeles Invitational held at the University of Southern California alongside swimmers such as Nathan Adrian, Simone Manuel, and Matt Grievers, and among teams representing establishments such as Cal Berkley, USC, and Stanford. Four of our swimmers performed well enough to earn a spot in one of four finals, one CCS Record was broken, and five team records had been set.

Veterans to the meet included graduating senior Kyle Grissom who came away with the most second swims with his highest place of 13th in the consolation heat of the 100 meter butterfly resulting from his time of 55.57 that tops his best time, and team record that was previously set as 55.71 at Junior Nationals last summer. Kyle’s time currently stands as the 12th fastest nationally among male 17-year olds. His next highest finish came in the 22nd overall place finish from the bonus heat in the 50 free after swimming a 24.06 in the prelims. Kyle also improved over three seconds in the 200 freestyle during prelims (1:57.74), and then finished 30th overall from the 18-under D-final. Entering high school senior, Mallory Korenwinder, earned two second swims, her highest also a 13th place finish overall, but in the 100 meter breaststroke event from the consolation heat where she swam a time of 1:12.80. Her second final resulted from her time 2:42.96 in the 200 meter breaststroke where she finished 28th overall from the 18-under D-final. Our next highest finisher was Selma swimmer, Sierra Jett, setting a new team record of 27.10 that breaks a shared record in the event that was set by Jillian Hatch at Sectionals last year, and tied by Sierra this past March while competing at the NASA Junior National meet in Florida. Her time currently stands as the 61st fastest nationally for all girls of age seventeen. Visalia’s Megan Ridenour was our only other finalist, an impressive accomplishment considering she is only 14 years old. Megan established a new Futures time standard in the 100 meter breaststroke with her time of 1:15.85 in the preliminary heats, and she finished 31st overall from the 18-under D-final.
The most impressive record came from the 2:49.10 in the 200 meter breaststroke event of Danielle Albright. At age 12, Danielle’s time is not only a team record, but is also the fastest time posted in the history of Central California Swimming for any female 12-year old swimmer. This time surpassed one of the remaining long-standing records on our books, and held by Danielle’s coach, Joclyn Theissen (formerly Ford) who is responsible for Danielle’s success. Danielle’s time is also the highest national ranking time resulting from TNT swims over the weekend, as it stands as the 11th fastest for girls of age 12, a mere one position away from national recognition. She was also the only TNT swimmer to set multiple team records, and she added the 800 freestyle where her time of 9:45.81 was under Allison Duffy’s 9:53.75 set at the Clovis meet four years ago, and her current time is the 19th fastest nationally for the age and gender. Her final record came in the 400 IM where her time of 5:25.93 topped her own previous record of 5:38.36 that she set at the Reedley meet in March, and now stands as the 35th fastest nationally. 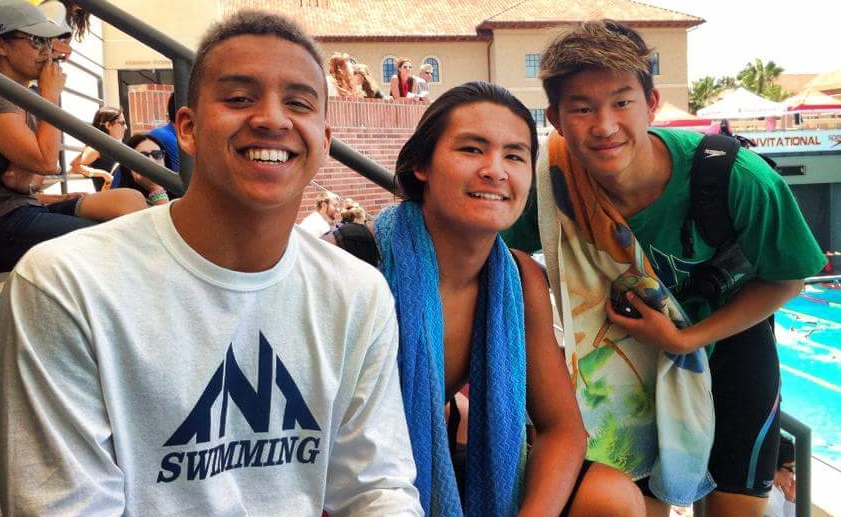