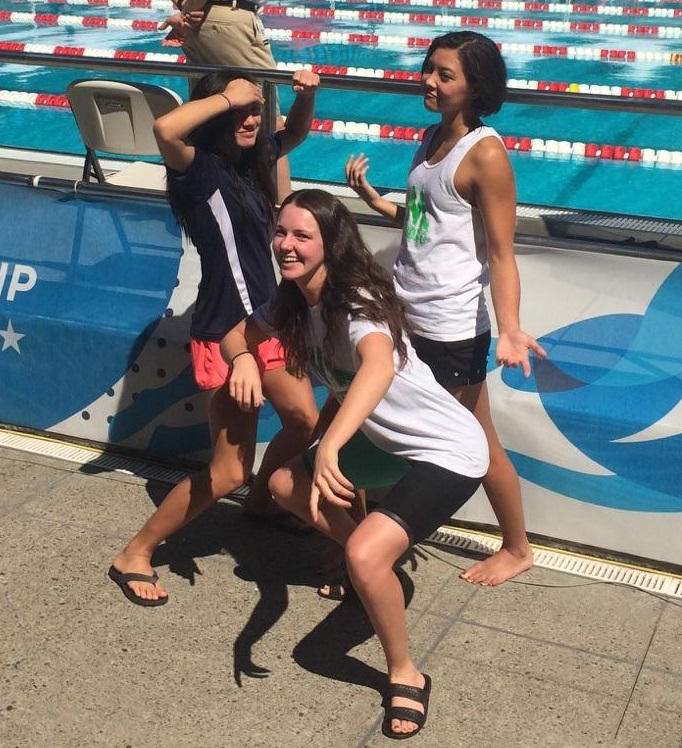 Not to be denied, Selma’s Sierra Jett achieved her first USA Swimming Junior National time standard while competing at the inaugural 2015 Futures meet in Gresham, Oregon over the last weekend of July, swimming 26.92 in the first half of the 100 meter freestyle, and becoming our first swimmer in the history of our team to swim under the 27-second mark. She is our only finalist at the meet, competing in the bonus final for the individual 50 freestyle event. She is the 74th fastest female 17-year old swimmer in the nation, among all foreign and domestic athletes. The previous fastest time for our team was posted as 27.02 by past Olympic Trial Qualifier, and University of Kentucky graduate, Megan Eppler set at the Speedo Grand Challenge in 2011 at age 19. At age 17, Sierra’s time is the fastest on record in the history of Central California Swimming as the previous CCS Record for 17-18 year old female swimmers stood at Megan’s time of 27.02, and held by Mary Hanson and set in 2009.

Sierra was joined by Khloe McCarthy who had her highest finish as 49th in the 400 IM after swimming 5:17.01 during the preliminary heats, and fourteen year old Visalia swimmer, Megan Ridenour who finished 57th in the 100 meter breaststroke with a time of 1:17.23.