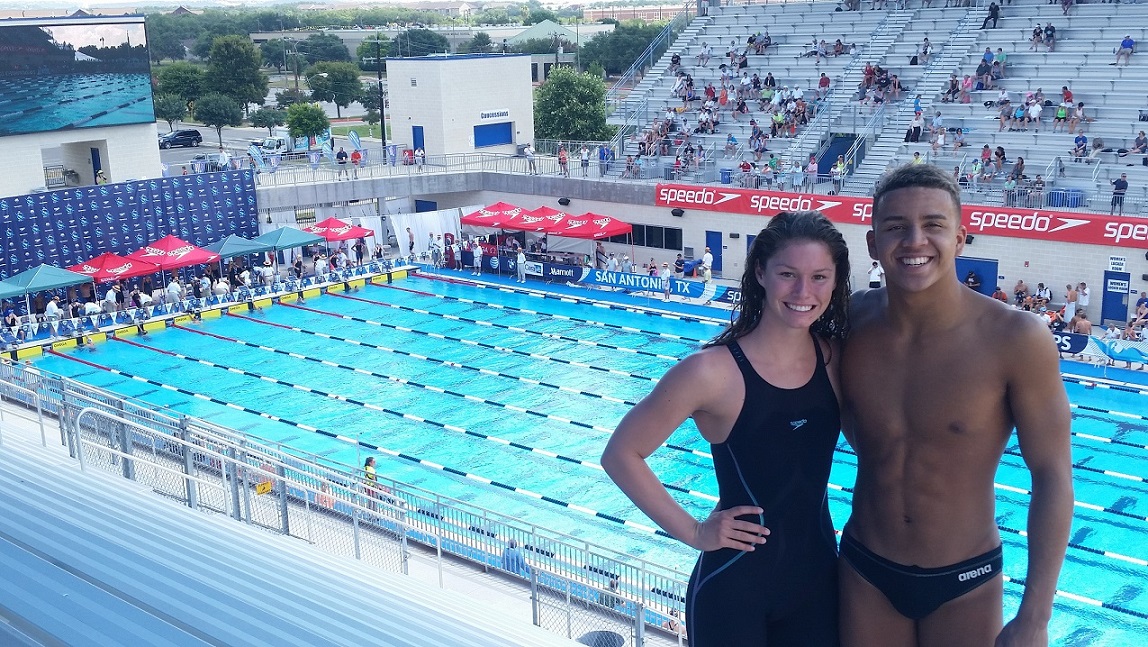 Improving nearly a full second from his preliminary swim and entered time, Kyle Grissom wins the bonus heat with the sixth fastest time at the meet, outperforming all swimmers in both the bonus heat and the consolation heat, to achieve his first Olympic Trial time standard in the 100 meter butterfly. His time of 54.18 is the fifth fastest time in the nation for male swimmers of age 17, one spot behind Alex Valente within this current reporting cycle. He becomes the 11th fastest 18-under qualifier for the Olympic Trials, and his time ranks approximately 47th among the approximately 80 current Olympic Trial qualifies from across the nation. Kyle’s time is also under the previous Central California Swimming 17-18 record that was set by Matt Scanlan of Bakersfield back in 2004 who later went on to compete for Cal Berkley, making Kyle’s swim the fastest in the history of the LSC for any 17-18 year old.

Mallory Korenwinder, using Junior Nationals as her tune-up meet for Nationals, swam her highest place of 34th in the 100 meter breaststroke with a time of 1:12.84.