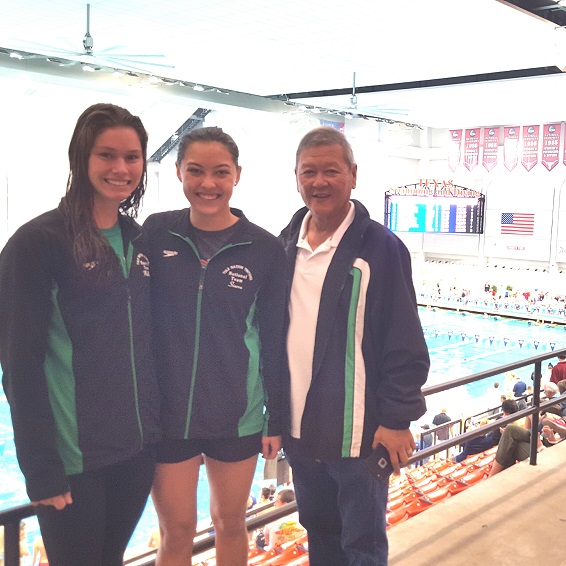 Should a meet be measured by milestones achieved, Selma’s Sierra Jett made sure there’s no question that her meet was a success. Attending her first USA Swimming Junior National competition, Sierra maintained a 100% time improvement, her largest drop being nearly a full second in the 100 yard butterfly. In fact, Sierra swam the 50 freestyle three times at the meet, and swam under her pre-existing time during all three swims. Her swim-off time of 23.22 was enough to earn a second swim at the meet where she placed 20th. Her time is one of three new team records she set, swimming under the 23.59 that she had previously set as a team record while competing at the NASA Junior National meet back in March, and with a time that now stands as the 19thfastest nationally for female swimmers at age 17. Sierra also broke her own 100 freestyle team record where her time of 51.27 was a quarter second under her previous record of 51.52 that she set at the Clovis meet in February. This time stands as the 66th fastest nationally. Her final team record was in the 100 butterfly where her nearly one second drop to a 56.31 was a half second under Mallory Korenwinder’s 56.80 that she swam at Sectionals in January of 2014. Sierra’s new record 90th nationally.

Mallory Korenwinder returned to short course Junior Nationals after competing at Nationals the previous week, and improved her 100 fly time to a 56.67. Her highest place was 26th in the 100 breaststroke (1:03.39).