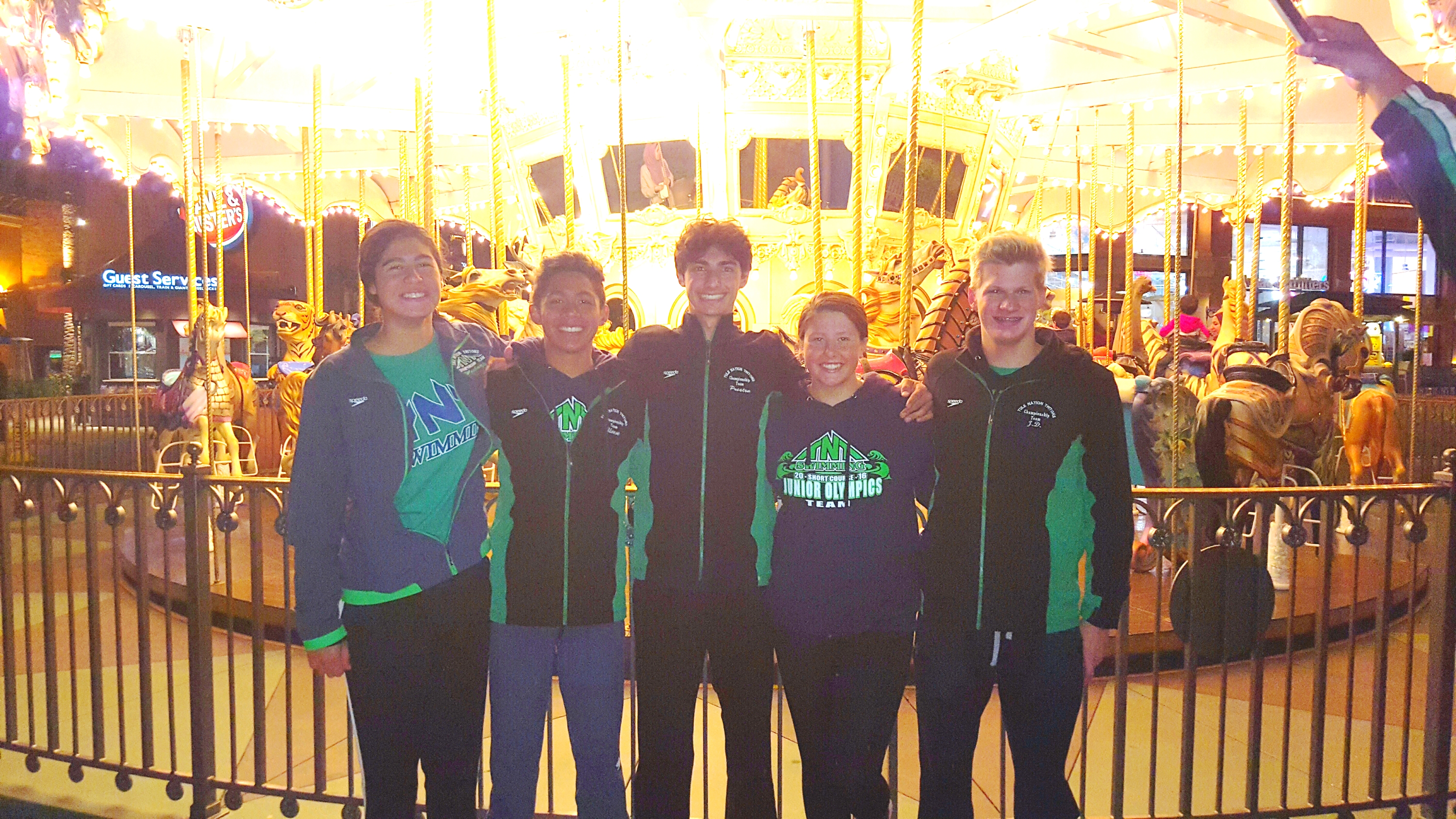 Five TNT swimmers competed at an inaugural Spring Sectional Championships held in Carlsbad over the first weekend in March, and our finalists were led by our top point-getter, Danielle Albright who earned second swims in two of the four events she competed in, and improved her times in those two of four events. An improvement of over a second in the 100 yard breaststroke to a 1:05.29 placed 16th in the second of three heats that fielded ten contestants. Danielle is a veteran Futures qualifier in the event, and her improvement of over three seconds in the 200 breaststroke took her to a time of 2:22.68, a 19th place finish in a second consolation heat, and a second Futures cut.

Our second finalist was JD Koster who improved his time by over a half second to a 1:55.15 in the 200 yard butterfly, improving one of his three events that included a time trial, and finishing 30th in the bonus final. Preston Niayesh improved one of his four events that also included a time trial event, and his second swim came in a consolation final heat where his time improvement of over a second to a 58.34 was enough to win that heat, place 21st, and set the only team record at the meet. Preston had previously set the record as a 59.49 prior to the close of the year while competing at the Kevin Perry meet in November, and his new record stands as the 124th fastest male swimmer at age 16; however, he is one of only two swimmers in the history of our team to swim under on minute in the event. Preston’s time is a new Futures cut.

Visalia’s Mackenzie Garza maintained the highest improvement rate, bettering two of three events that included one time trial. Her highest place was 43rd in the 50 yard freestyle (24.53), while Alonso Escobedo swam to a second alternate position (32nd) in the 400 IM (4:16.27).