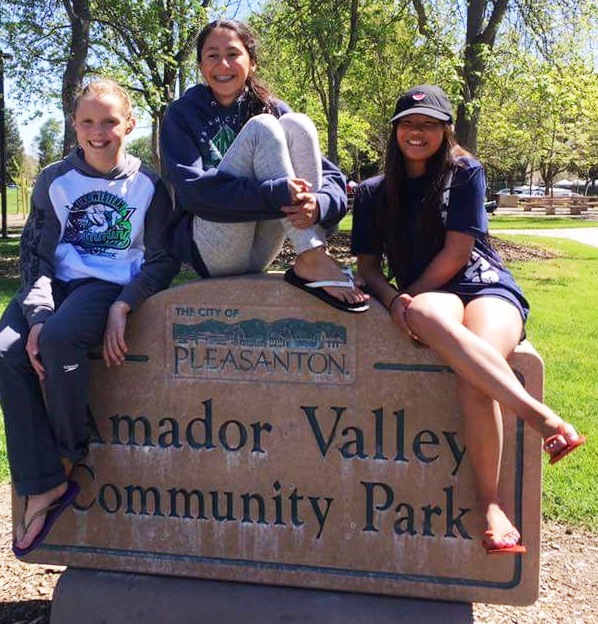 Eight TNT swimmers traveled to Pleasanton over the last weekend of March to compete at one of the most competitive age group championship meets in the nation. Pacific Swimming’s Far Western Championships has an international history that dates back to 1925 where the inaugural meet was held at the San Francisco Fleishhacker Municipal heated salt-water swimming pool that played host to the likes of Johnny Weissmuller. More recently the meet has played host to the likes of Michel Phelps, Janet Evans, Pablo Moreales, Summer Sanders, Natalie Coughlin and Missy Franklyn.

This year, 12-year old Bryan Wong competed at the meet along with his teammates, and began the meet with a near miss to finals, finishing 11th in the preliminary heats of the 200 breaststroke, but with a new team record of 2:30.33 which currently stands as the 178th fastest nationally. He came away with earning a final swim in three events later in the meet that resulted in three new team records. He started his championship performance with a 3rd place finish in the 50 breaststroke, where his time of 30.59 fell over a second under his pre-existing team record of 31.71 that he set at the Age Group Championships in San Diego last December. His new record stands as the 78th fastest nationally for boys at age 12. He improved nearly ten seconds in the 400 IM to post a new record of 4:44.85 in the events to finish 5th, and once again went under his previous record of 4:54.35 that he set last December at the Tulare meet. His new records now stand as the 167th fastest nationally for his age and gender. His final championship swim was in the 100 breaststroke where his time of 1:07.40 was nearly a two second drop, and again went under his San Diego swim, and previous record, of 1:09.22, and currently stands as the 118th fastest nationally.

Our team had two additional finalists, and one of the remaining two included a new team record. Sister, ten-year old Alexa Wong, also set a new team record, but in the preliminary heats of the 10-under 100 backstroke. She improved her lifetime best by swimming 1:08.90 in the event, and finished 9th in a field of 10 swimmers in finals. Alexa is the 111th fastest nationally for girls of age 10.  Fourteen year old Danielle Albright was our team’s only other finalist, swimming a time of 1:06.72, and finishing 8th in the 100 yard breaststroke event for the 13-14 year old girls.