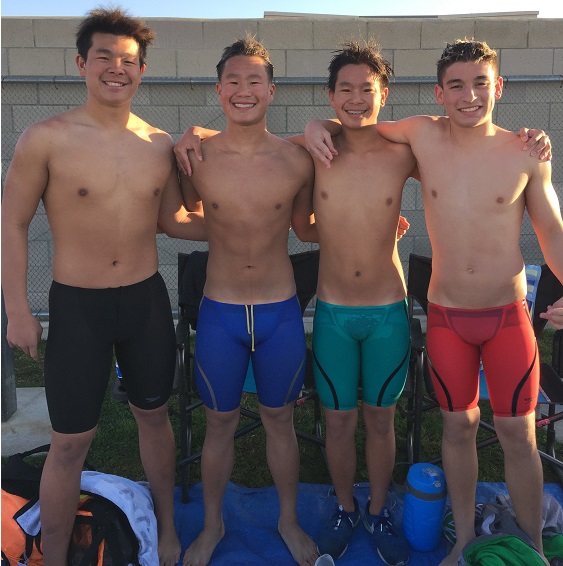 Eleven TNT swimmers competed at the Juanita Allington Memorial Swim Meet over the last weekend of February, and six of our swimmers performed in scoring position within individual events. Our two top performers who earned championship swims both finished in 5th place, and included Visalia’s 14-year old Layla Flores who improved nearly eight seconds in the 400 IM to post a time of 4:38.78 after improving over five seconds in the preliminary heats. Her Visalia training partner, and Junior National qualifier, 17-year old Megan Ridenour posted a time of 1:05.74 in the 100 yard breaststroke, and finished 5th in that event. Both swimmers scored in two events, with Layla finishing 16th in the 200 IM (2:14.09), and Megan finishing 12th in the 200 breast (2:25.85).