Pacific Swimming’s Far Western Championships is considered one of the most prestigious age group competitions across the country due to its history, and has served as an initial testing stage for many top performing age group athletes in past years who went on to become some of the top swimmers in the world. It is a meet that fields only the top eight (ten in this year’s case) athletes from each event for a championship final heat, with no consolation or bonus final. This year, Tule Nation Tritons had four of our fifteen swimmers earn a spot among the top ten performers in their respective events at the meet that took place in the Santa Clara International Swim Complex over the first weekend of April.

Our finalists were led by 13-year old Bryan Wong who shared in the highest place of anyone on our team, and also earned a final swim in two of his events, doing both of these while competing at the bottom of the 13-14 age division. Bryan’s highest finish was 4th place in the 13-14 200 yard breaststroke event, where he posted a time of 2:14.08 as a lifetime best by over a second during the first day of the meet, and then finished the meet with his other final, that resulting from a nearly nine second improvement in the 400 IM by swimming a time of 4:14.98 in the final heat (also posting his lifetime best 100 fly along the way as a split). The only team record that was broken at the meet also belonged to Bryan, who posted a time of 2:02.94 in the 200 IM, and placed 15th in the event, surpassing his own previous record of 2:03.37 that he set at the Junior Olympics just two months earlier. His time currently stands as the 88th fastest nationally for boys at age 13. 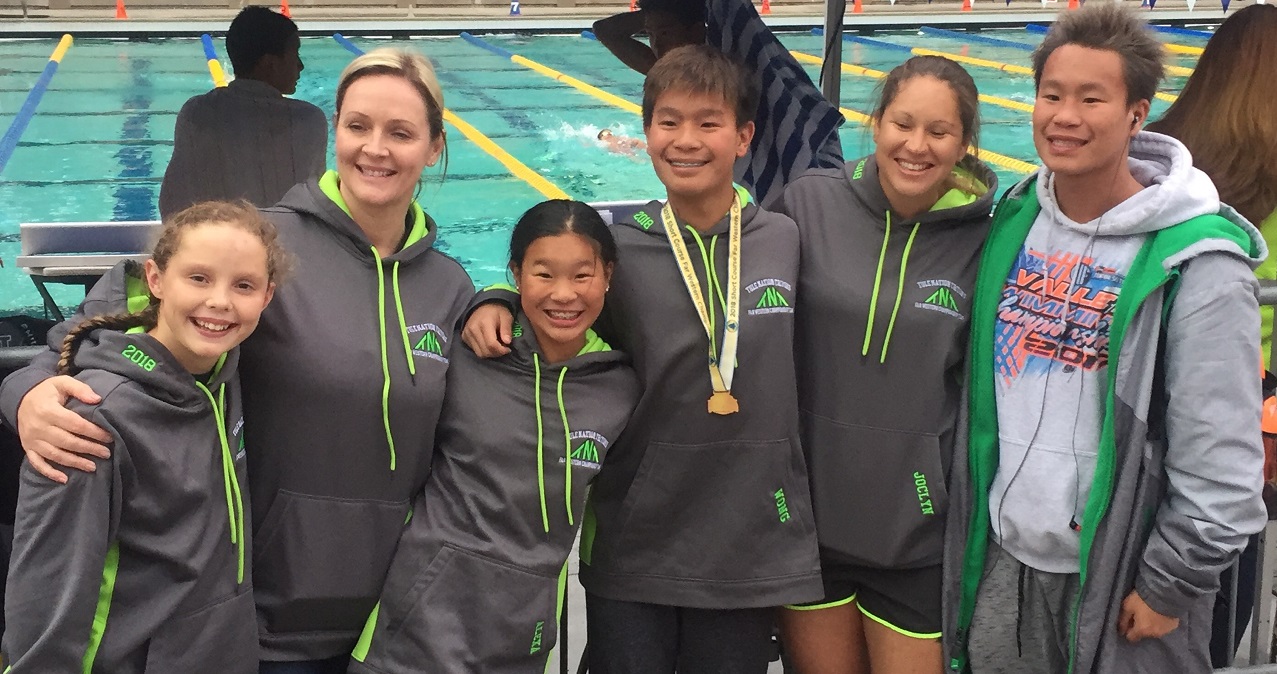 Congratulations to Drew Black, and the Selma duo of William Butts and Lucas Huckabay who were our only swimmers to improve 100% of their times while at the meet.