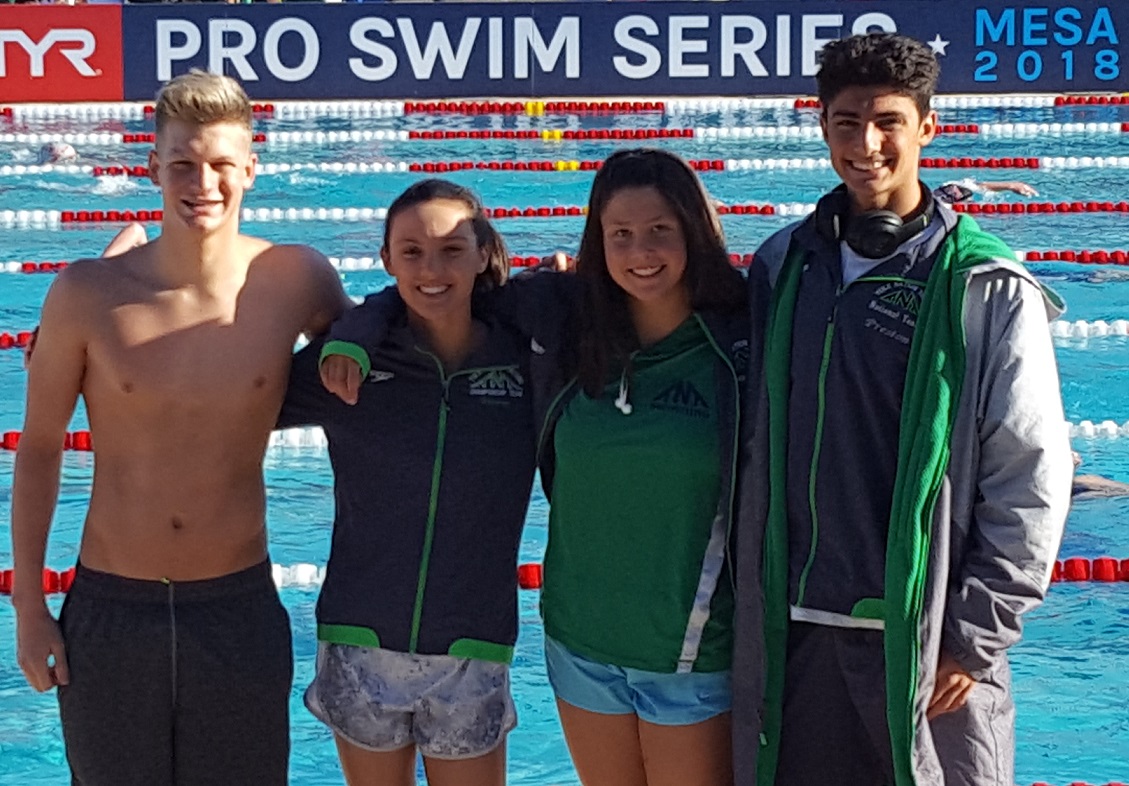 USA Swimming Pro Swim Series is an sequence of six meets across the country beginning in January at the University of Texas, then moving to Georgia, then Mesa, Indiana, Santa Clara, and finally at Ohio. This series of meet brings together the top swimmers and coaches from across the United States, and often include Olympic-level athletes from around the world. These meets are arguably the first opportunity for our TNT swimmers to attend a swim meet that is televised.

This year, after a year of no qualifiers, TNT returned to the Mesa meet with our four Winter Junior National qualifiers, along with Mallory Korenwinder, to compete at the venue in Arizona. Besides the championship, and televised, performance of Mallory Korenwinder (who finished 8th in the 50 meter breaststroke), three of our four remaining swimmers earned a second swim in either the C or D final. After Mallory, JD Koster was our next highest finisher with a 17th place touch in the 20 meter butterfly during finals where he swam nearly three seconds faster than his preliminary swim. JD was a two-time finalist, also finishing 32nd in the 50 meter butterfly. Our next highest finisher was Visalia’s Megan Ridenour who won the D-final of the 50 meter breaststroke with a time of 34.25. Preston Niayesh was our other dual-finalist, and he finished 30th in the 200 breaststroke, and then 31st in the 50 breaststroke. Danielle Albright highest place was 39th in the 200 meter breaststroke. 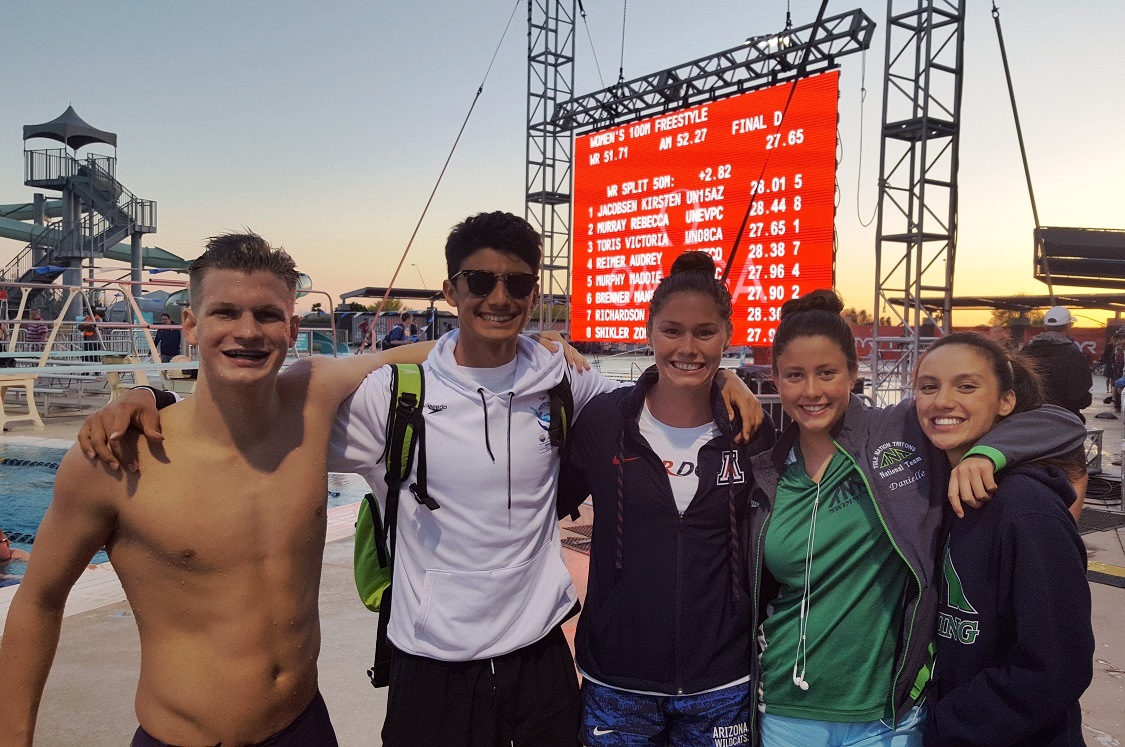 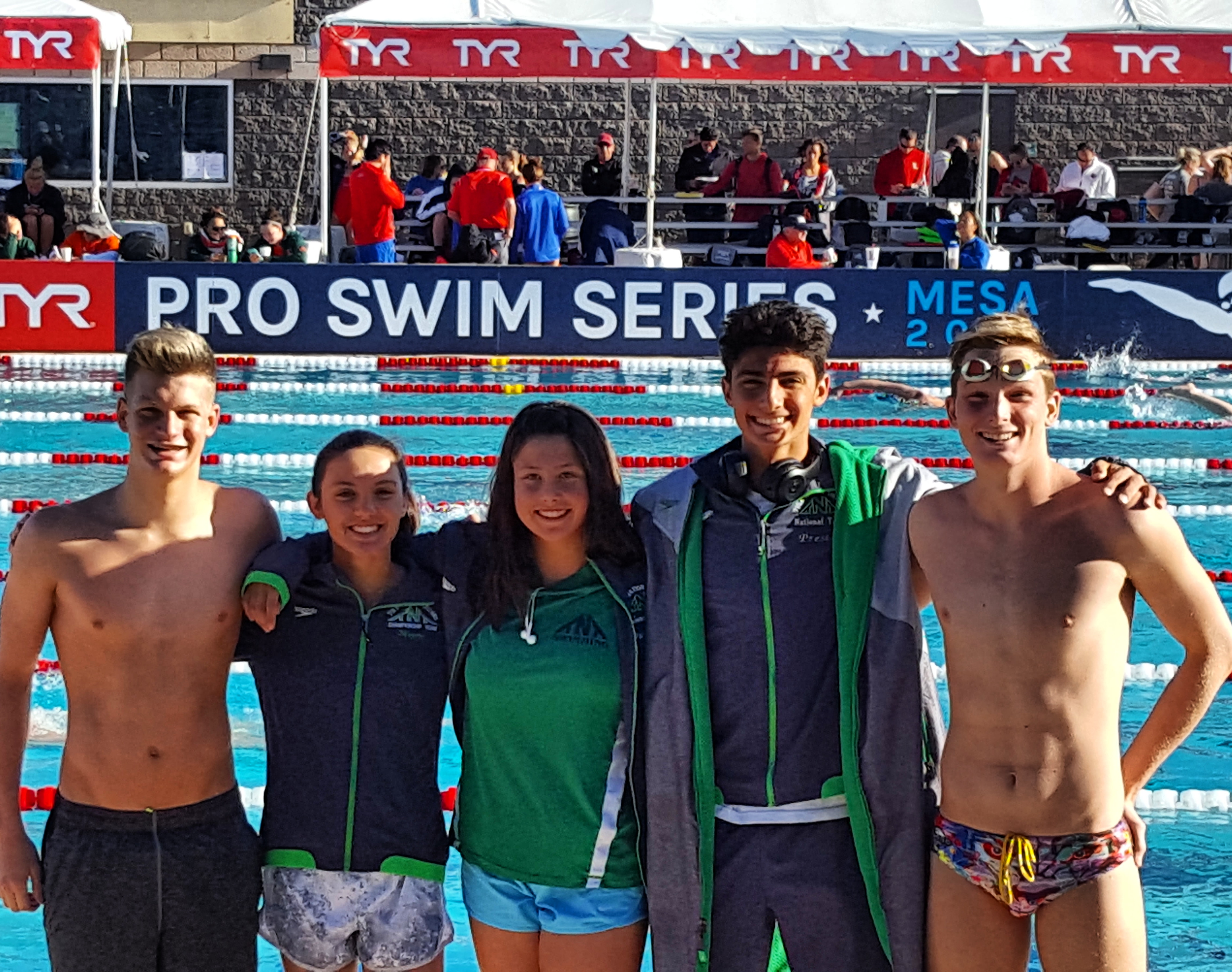