Eleven TNT swimmers traveled to Santa Clarita over the third weekend of July to compete at the 2018 California – Nevada Sectional Championships hosted by Canyons aquatics, and four of our eleven performed well enough in the preliminary heats to earn a second swim in one of three final heats. Our highest finish came from Preston Niayesh who touched 4th in the 100 meter breaststroke after posting a Winter National cut with a time of 1:05.25, thereby also qualifying for the upcoming Summer Junior National meet as well. Preston’s time betters his previous team record that he set at the Clovis meet two weeks earlier as a 1:06.27, and his current record now stands as the 25th fastest 17 year old male swimmer in the nation. Preston also won the consolation heat of the 200 meter breaststroke with a time of 2:22.89, and once again qualified for both the Winter Nationals and Summer Junior National meets. His swim also broke his preexisting team record that was set at the LA Invitational the previous weekend as a 2:24.41, and his new record now ranks 28th nationally. 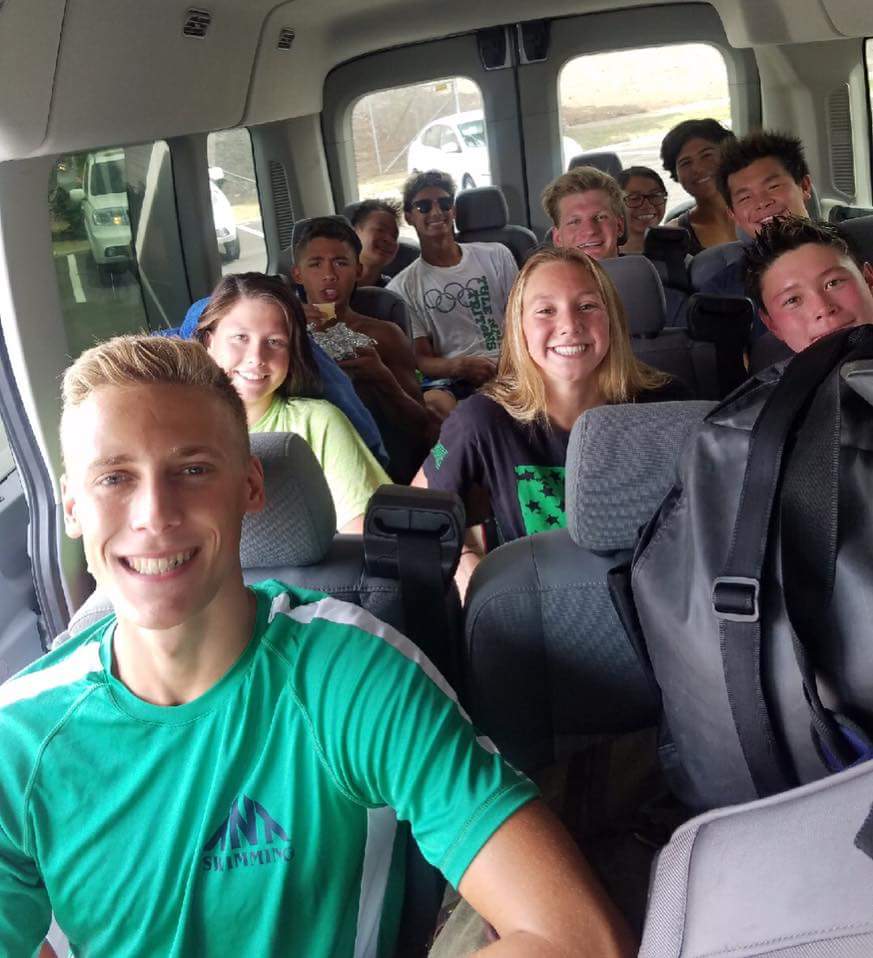 Our next highest finish was also a championship final at seventh place, and two swimmers finished there. JK Koster came away with the most second swims, earning one in every event he competed in. His highest place was seventh in his signature event, 200 meter butterfly, where he posted a time of 2:07.51. He improved all three of his remaining events, placing 11th in the 400 IM with a time of 4:42.82, 16th in the 200 IM with a 2:13.53, and 21st in the 100 fly after swimming a time of 57.88 in the preliminary heats. Our other seventh place finish went to our youngest finalist, 15-year old Danielle Albright swimming twice under her lifetime best and posting a 2:42.16 at the meet in the 200 meter breaststroke event. Danielle was a double-finalist as she also touched 24th in the 400 IM after swimming another lifetime best of 5:15.91 in prelims. Another double-finalist was Garrison Price who made his debut appearance at Sectionals, and placed 29th in the 100 fly with a time of 57.06, and then touched 23rd in the 200 meter butterfly with a time of 2:10.90. 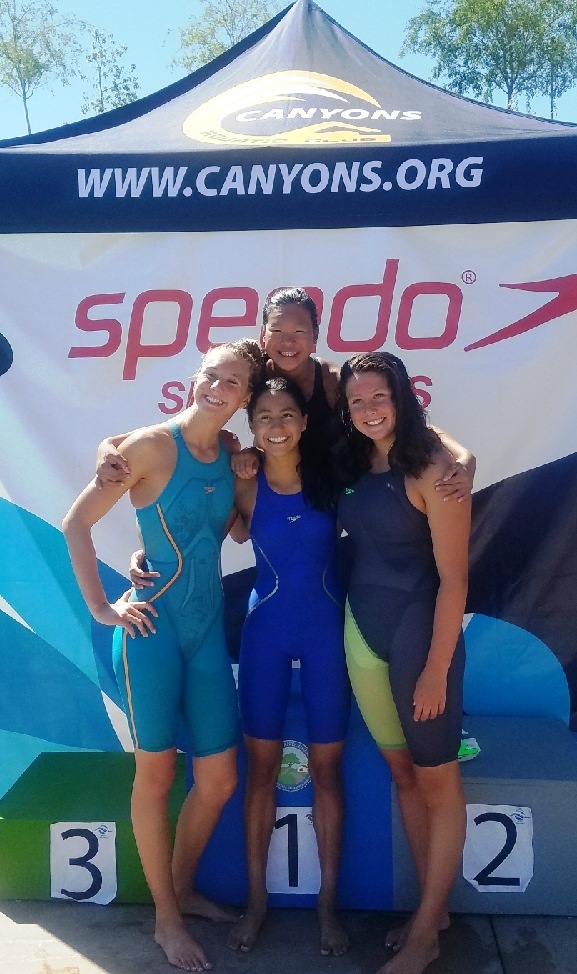 Besides Preston, three additional team records were broken at the meet. After tying the team record during a time trial event, Visalia’s Layla Flores led of the 4×100 freestyle relay to post a 1:00.80 for the 100 meter freestyle as an official time, and went under Samantha Goates previous team record of 1:01.16 that was set at the Southern California Swimming AA meet at Santa Maria back in 2003. Layla’s time currently stands as the 177th fastest nationally for girls at age 14. Bryan Wong had the only other record-breaking performance, and he did this twice by breaking his own team record in the 200 meter breaststroke with a time of 2:30.04 going over a second and a half under his previous record set at LA Invite the previous weekend. His new time places him as the 24th fastest 14-year old male swimmer in the event nationally. His other record was the 4:19.96 that he posted in the 400 freestyle, being the first 14-under swimmer in the history of the team to swim under the 4:20 mark. His new record now ranks 85th nationally for boys at the same age.