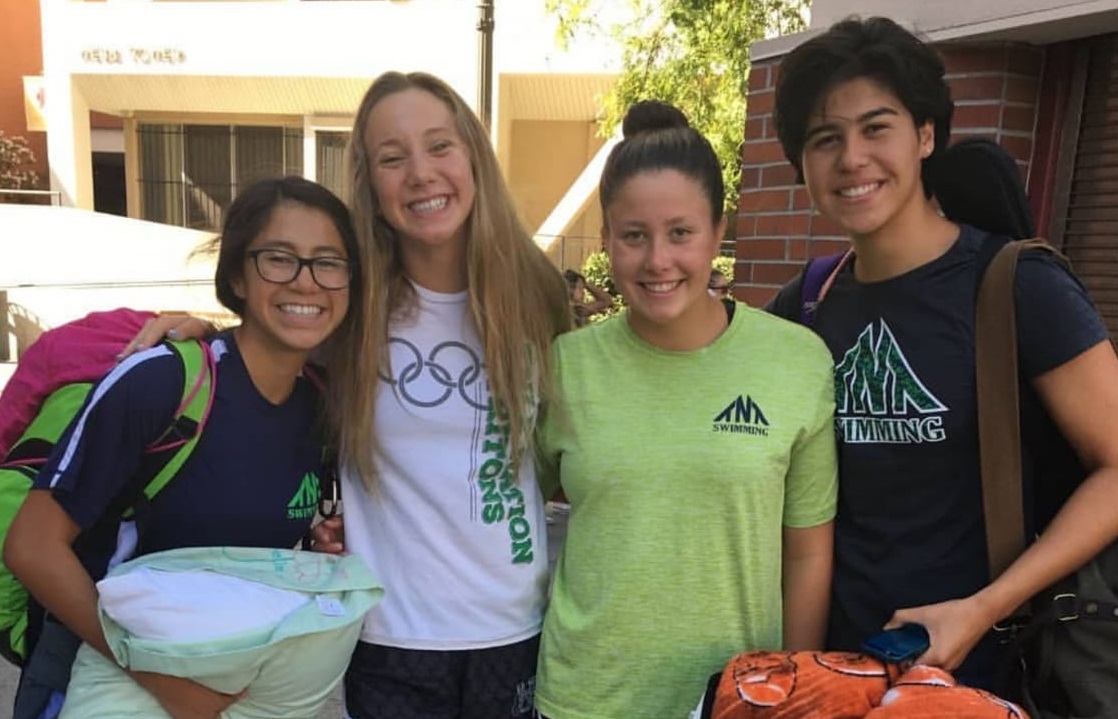 Nine pre-collegiate TNT swimmers met with their teammate Kyle Grissom, who is currently competing for USC, as they all joined world-class athletes such as World Record holder Katinka Hozzu, and Olympic Gold Medalist, Conor Dwyer, and Anthony Ervin, over the July 12th – 15th weekend at the 2018 Los Angeles Invitational held at the USC Uytengsu Aquatic s Center.

A veteran to the meet since he was 14 years old, Kyle Grissom made it to the B-final finishing 16th in the 50 meter freestyle after posting a lifetime best of 23.93 in the preliminary heats. He then returned to the B-final in the 100 fly to touch second in that heat with a time of 54.99. Our remaining three finalists earned their spots in the D-final with Preston Niayesh leading that group by touching 2nd in the D-final for the 25th place finish in the 200 meter breaststroke where his 2:24.41 was his lifetime best by over two seconds, and so well under his 15-18 team record set at the Clovis meet the previous weekend as a 2:26.64. His time is now the fastest in the history of the team since he slid under Sam Hansen’s senior record of 2:24.99 set at Sectionals at Canyons in the Olympic year of 2012. Preston currently stands as the 36th fastest 17-year old in the nation for the event. His second D-final came from a preliminary swim of 1:07.08, and resulted in the second highest finish among the pre-collegiate TNT swimmers at 28th. Only one other dual finalist existed at the meet, and that was JD Koster who maintained a consistent performance in the 200 meter butterfly after posting a time of 2:09.89 in the preliminary heats, and then improving that time to a 2:09.29 in the D-final, and 29th place finish. His second final came in the 200 meter breaststroke, where he finished 31st after posting a time of2:29.28 in prelims. Danielle Albright was the only other finalist, and she did this on the last day of the meet, in the 100 meter breaststroke by finishing 31st in the D-final after posting a time of 1:15.94 in the preliminary heats, and not requiring any scratches – a bona fide finalist.