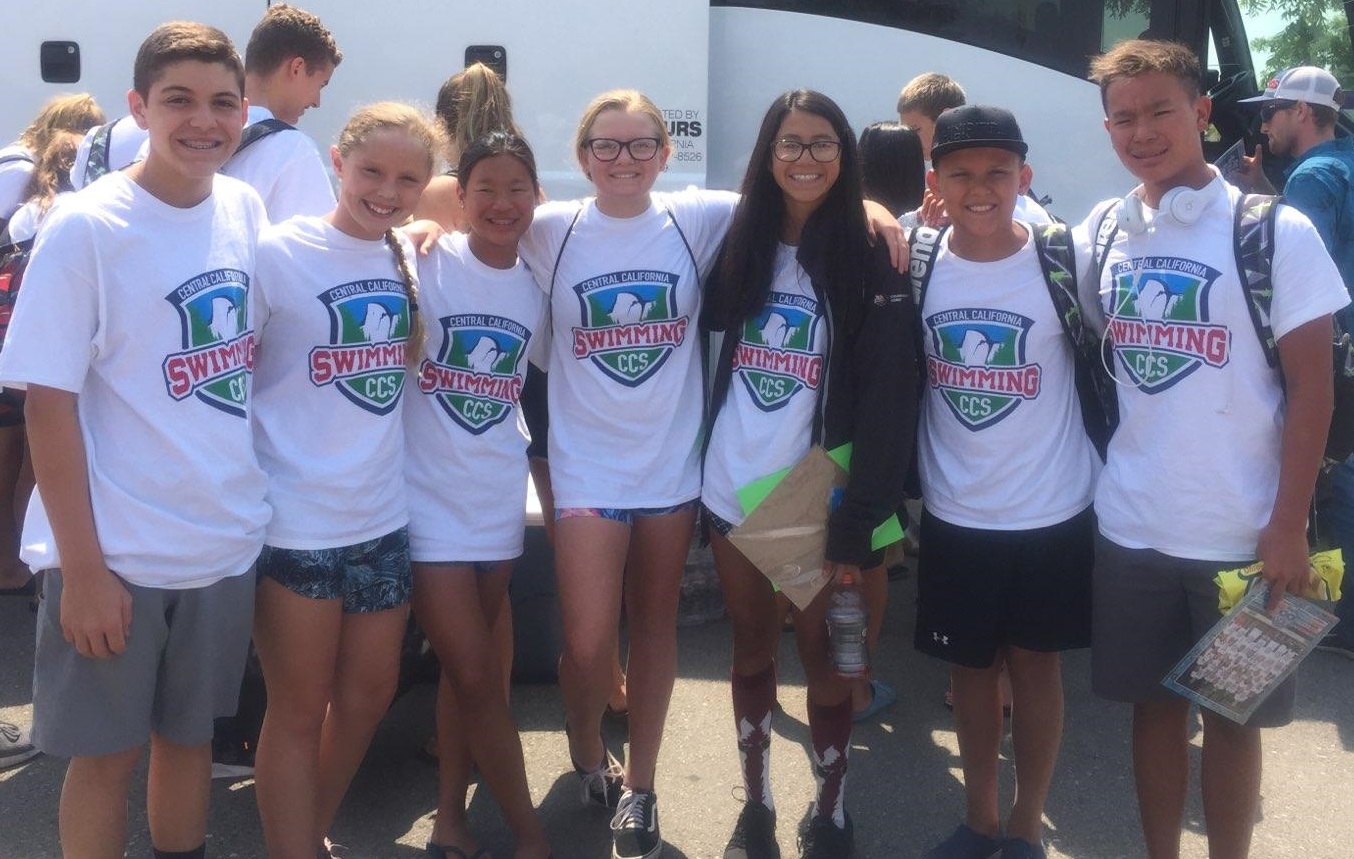 The Western Age Group Zone Championship marks the end of each summer’s championship seasons, and this year TNT was represented by eight athletes as they joined other 14-under swimmers throughout Central California Swimming (CCS) to compete against All Star programs from across the western United States converging at the Roseville complex.  At 702 points Team CCS finished ninth this year among sixteen teams that scored at the meet, and just behind Hawaii, but ahead of Utah. Bryan Wong led all of Team CCS in point accumulation from individual events, whose 69 points resulted from earning a championship swim in four events, and a consolation swim in the remaining one.

Bryan earned three Silver Medal performances, followed by a sixth place finish, and a 12th place. Each swim Brian competed in resulted in a new team record, the highlight being a CCS Record in the 100 meter breaststroke for the 13-14 age division. His 1:08.81 is now the fastest posted time in the history of Central California Swimming for the age division, and he follows the path laid out by our own Preston Niayesh who set the record before him. His new team and CCS record currently stands as the 31st fastest nationally for boys at age 14. Another 2nd place finish was his 400 IM where his 4:46.32 went under his preexisting record, and currently stands as the 34th ranked time in the nation. His remaining runner-up performance also fell under his previous record, but this time in the 200 meter breaststroke, where his 2:29.47 is his highest national ranking at 29th. His next highest place was 6th in the 200 free, where is time of 2:02.12 ranks 139th nationally, and his 12th place 400 free time, and team record improvement, of 4:19.92 stands as the 124th fastest nationally. 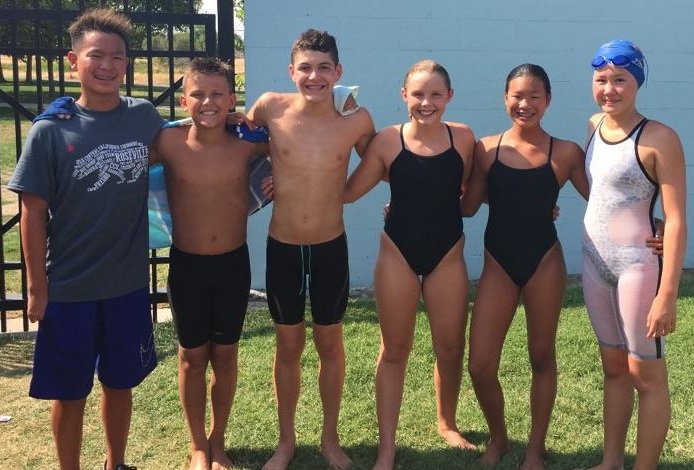 Bryan’s team total was followed by Clovis’s Charlize Phillips with 65 points, and then Clovis’s Ian Belflower at 53 points. The next highest TNT points were generated by Lemoore’s Michelle Murphy who earned a championship swim in three of her events that included a pair of 7th place finishes in the 200 meter freestyle, and the 100 meter freestyle (1:08.46). Her 2:29.11 in the 200 free fell over two seconds under Sienna Abernathy’s 2:31.28 set at JO’s in 2017. Michelle’s new team record currently stands as the 55th fastest in the nation for girls at age 10. Her final championship performance was an 8th place finish in the 50 meter backstroke where she posed a time of 36.79, and she followed this event with a consolation swim, and 10th place finish in the 50 free (31.19).

A total of four TNT swimmers scored at the meet during individual events, and Visalia’s Layla Flores was the only other swimmer to do so in a championship heat. Layla posted a time of 27.88 in the 13-14 50 meter freestyle event to touch 6th there, moving up from the 8th place seeding going into finals. She also had three consolation swims that included a 14th place finish in the 100 fly (1:07.59), a 15th place finish in the 200 free (2:14.24), and a 16th place finish in the 100 back after swimming a 1:08.99 in the preliminary heats.

Our youngest TNT member on the All Star team is Lucas Huckabay who is following very closely in his brother’s footsteps, who also competed (and earned final swims) at the Zone meet held in Roseville, but five years earlier in 2013. Lucas, at age 10, earned three second swims at the meet, his highest bing a 12th place finish in the 50 meter freestyle with a time of 31.26, and then followed that with a 13th place finish in the 200 free after improving his time by nearly nine seconds to a 2:27.96. His remaining final was his 14th place finish in the 100 freestyle where he posted a time of 1:09.17. Lucas joins Bryan as the only two TNT swimmers to improve 100% of their times.