Ten year old Janessa Bringe held the team record in the 400 freestyle event one year ago for a brief moment as Madison McCarthy reclaimed the title one heat later. This year, Janessa swam to a first place finish in the event, improving her entered time by over 40 seconds, and reclaimed the record one year later. Madions record stood as 5:45.76 set last year at the Clovis Memorial Day meet, and Janessas time of 5:30.65 now stands as the 75th fastest time in the nation for all 10-year old girls. Janessa was the event champion in three events that included the 200 freestyle (2:41.08) and the 100 fly (1:25.21) as well as her 400 freestyle. Her 100 fly event also resulted in a team record, outperforming one of the longest standing records on the books. Lindsay Storey had set the 100 fly record as a 1:25.25 at a Bakersfield meet (Golden Empire Swim Team) back in 1993. Janessas time now stands as the 147th fastest in the nation for her age in that event.

Skylar Ford, training in Visalia, was the only other swimmer with dual record breaking performances, and she began in the 100 meter freestyle event. Her 1:13.23 went under the 1:13.35 that was posted by Breanne Boghosian at the Golden Empire (Bakersfield) meet in 1994. Skylars time currently stands as the 168th fastest in the nation for all 10-year old girls. She began her meet with a team record, and she ended her meet with a team record by swimming and wining the 50 meter freestyle with a time of 31.93 which was nearly a full second under Lynnie Norths time of 32.91 that she had set at Junior Olympics back in 1987. Specializing in the 50 freestyle, Skylar has posted a time that currently stands as the 48th fastest time nationally for any girl of age 10. 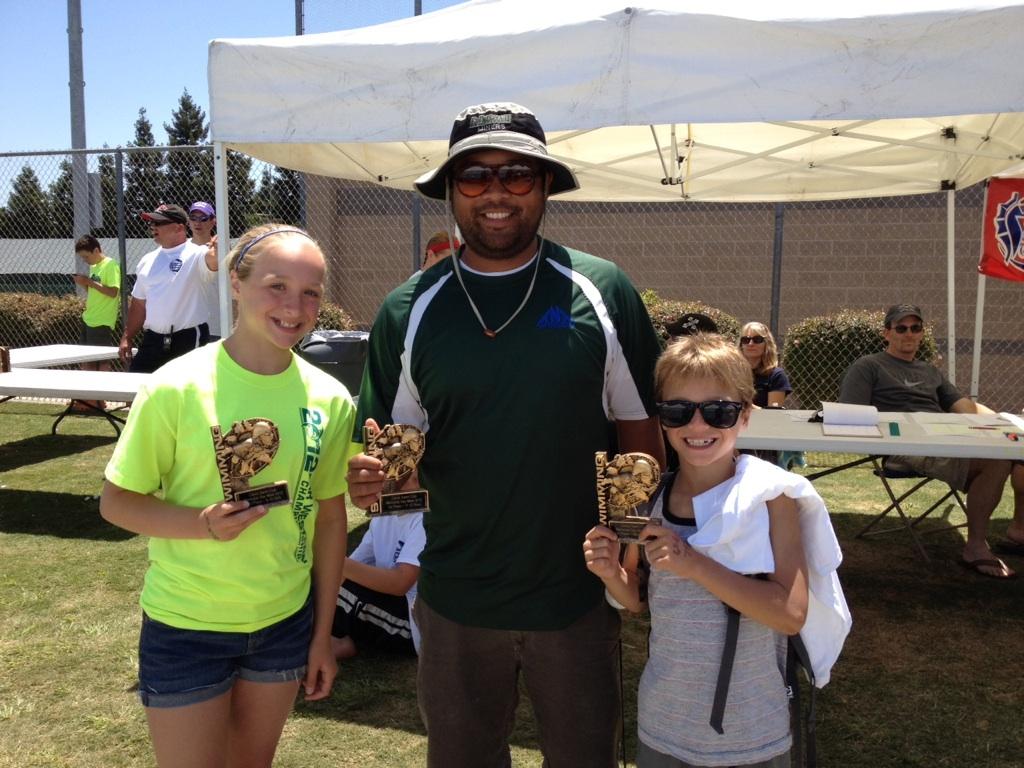 Emily Goodbar had our final record-breaking performance as she swam 19:56.38 in the 1500 meter freestyle event on the final day of the meet. Sherlyn Ricablanca had set the team record at this very meet in 1994, and now at age 15, Emily Goodbar swam under the 20 minute mark to hold the record in the event. Emilys new record currently ranks 223rd for all 15-year old girls. Be advised that Emilys fastest time is 19:06.41.

Additional event champions within their respective A or B divisions included: