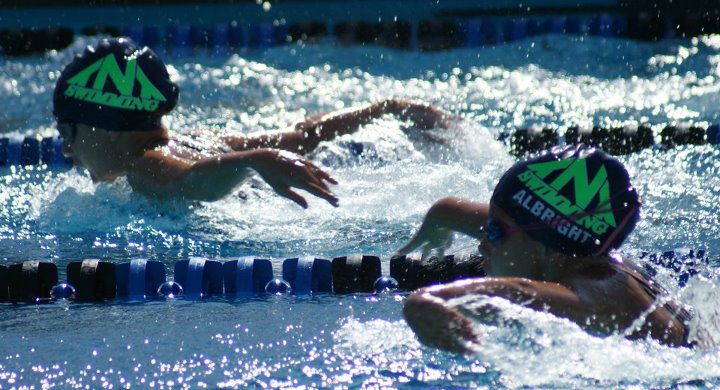 With only half the size as the winning team, Tule Nation Triton swimmers placed second among the 28 teams that scored at the 2012 CCS Long Course Junior Olympics. The 3,490 points were led by Skylar Ford of Visalia who swam to five first place finishes that contributed to her 164 points from individual events, and which also earned her the title of high point recipient for the 10-year old girls division. Parker Giles also swam to five first place finishes, thereby accumulating 161 points, and the high point for the 12-year old boys division. Taylor Shaw of Hanford was the event champion in four individual events, and contributed 126 points, earning her the high point for the 15-18 girls division, while eight year old Ian Belflower of Bakersfield was nearly undefeated in the 8-under division by winning four of his five events, and he also scored in the 10-under division, going on to win the high point for the 8-year old boys division.Morgan Coddington of Selma took home the high point honors for the 13-year old girls division by scoring 94 points which was a distant 15 points ahead of the next highest scoring girl of that age. Priscilla Niayesh scored 74 points, and thereby also came away with high point recognition as she out scored all girls at the meet who were nine years old.

Nine team relay records were set while at Junior Olympics in various 14-under age divisions. One major milestone is the 8-under boys 200 medley relay of Peyton Costa, Desmond Brown, Ian Belfower and Mason Amble swimming a time of 2:56.81 which is under what appears to be the current CCS record of 2:58.43 set in 2001 by Clovis Swim Club. This time is also posted as the top time in the nation for any boys team composed of age 8 and under swimmers, now ahead of two Kentucky teams of 8-under boys. Our 8-under boys relay team composed of Peyton Costa, Jayce Ford, Mason Amble and Ian Belflower also set a team record in the 200 freestyle event, and is also currently posted as the top time in the nation, well under the Tualatin Hills team from Oregon that held the top time earlier in the month. 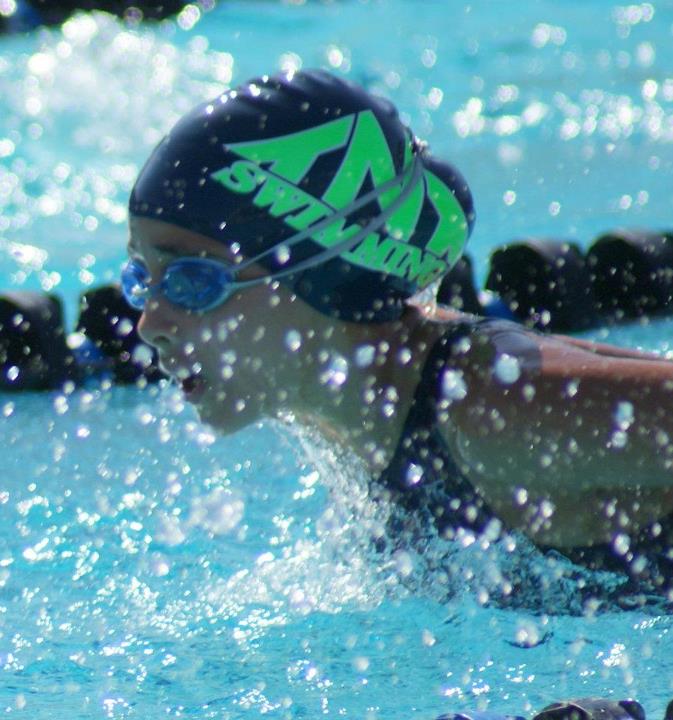 Seven individual team records were established by four swimmers, and led by Parker Giles who set three new standards for the team. Parker began his meet with the 50 fly event where his time of 30.37 surpassed the previous team record of 30.51 set by Kyle Grissom while at Zones in 2010. Parkers 50 fly time currently ranks as the 83rd fastest time in the nation for all 12-year old boys. His second record came in the 100 backstroke where he swam to a 1:15.08, this time bettering Jason Ricablancas team record of 1:15.97 that was set in Clovis in 1994. The new record becomes the 392nd fastest time for the nation. A final record came in the 50 free where his 29.33 once again surpassed Kyle Grissoms time of 29.46 established at Junior Olympics two years ago. Parker swam the 375th fastest time nationally.

Ten year old Skylar Ford set two new team records beginning with a time of 35.19 in the 50 fly event surpassing Mallory Korenwinders previous record of 36.31 that was set at Junior Olympics in 2008. Skylars time ranks 142nd nationally for all 10-year old girls. Her final record was in the 100 free, where she swam 1:11.31 and went under her own previous record of 1:12.59 that she had set at the Age Group Invitational last month. This 100 free time ranks 201st nationally for all 10-year old girls.

Janessa Bringe improved her preexisting team record by swimming 1:24.50 in the 100 fly event. She had set the record at the Age Group Invitational last month as a 1:24.69. This is the 308th fastest time nationally for any girls who are ten years old. Nine year old Jackson Huckabay gave a preview of whats to come as he broke his first team record in the 10-under division, and doing it while still on the bottom of the age group. Jackson swam 1:12.84 in the 100 freestyle to go under the standard that Preston Niayesh had set while he was ten last year at Junior Olympics. Only 39 other nine-year old male swimmers anywhere in the nation have gone faster this year.