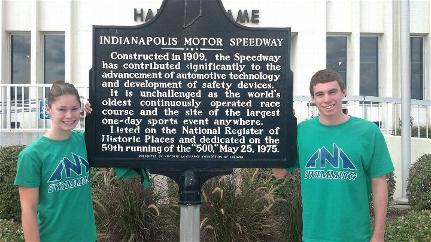 Tule Nation Tritons fielded two swimmers in four qualified events at the 2012 Summer Junior National Championships held at Indiana University in Indianapolis this past month. After achieving her first Junior National qualifying time at the LA Invitational in July, Mallory Korenwinder made her second cut at Sectionals in the 200 meter breaststroke being our sole dual automatic qualifier. Her second fastest time on record in the 100 breaststroke preliminary heats with a time of 1:12.74 was enough to not only earn her a second swim in the event, but placed her in the championship finalist heat. Fourteen year old Mallory placed eight in the 100 breaststroke with a time of 1:13.41, and she also finished 62nd in the 200 breaststroke with a time of 2:45.10. 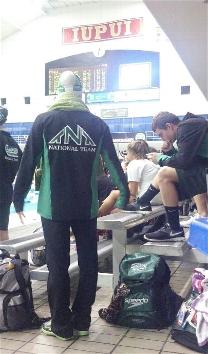 After missing the Junior National time standard by three one hundredths of a second at the Swimvitational in Omaha, Chris Nolan achieved his cut at the Sectional meet this summer. Already having established a bonus cut in the 100 fly, Chris also competed in two events at Juniors. His highest place came in the 200 fly where his 2:06.11 earned a 33rd place finish in the event. Chris came away with the only time improvement by swimming 57.96 in the 100 fly which was an 86th place finish at the meet.

Good luck to both, and all others, as they gear up for Winter Nationals and Winter Junior Nationals coming up in December.