The most impressive outcome from the Double Dual Meet versus visiting team Conejo Simi of Ventura and Roadrunner of Bakersfield was not the winning point total of 1,103 but the fact that TNT had 133 swimmers participating at the meet, exceeding the 100 swimmer mark for the first time in history, with the bulk of the team represented by the 56 swimmers of host Selma. This early-season short course meet resulted in one TNT team record by 12-year old Jackson Huckabay of Selma who swam a time of 11:54.34 in the 1000 freestyle swimming under the 12:11.48 that was set by Greyson Canterbury at the Selma meet back in 2009. Jackson’s time is currently the top time in the nation for any 11-year old boy, and the only time currently under the 12-minute mark. 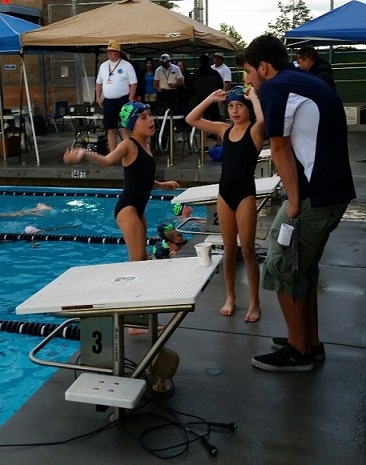 Jackson was also one of the top point getters on the team, winning six of his ten events. Six year old brother Lucas Huckabay was our only undefeated swimmers as he swept his events, winning all six individual events entered. Eight-year old Devon Cardoza was another nearly undefeated swimmer winning five of his seven events, and placing 2nd in an additional one. He is joined by Layla Flores who won nine of her events, and placed second in the tenth event. Danielle Albright assisted the team’s victory by winning four of her ten events. Eight year old Drew Johnston came home with a pair of wins, as did 10-year old Gage Price and 11-year old Kylie Walker, while Mallory Korenwinder took home three first place finishes as did 11-year old Wyatt Ward. Eight Year old Maribella Marin won the 100 backstroke, while 9-year old Ava Olson became the champion in the 100 breaststroke, along with 8-year old Nicholas Vassylenko who took home a win in the male 100 back. Another backstroke champion was 12-year old Alex Roberts winning the 50 backstroke. Eleven-year old Peyton Costa took home the win in the 50 back event, while Alonso Escobedo won the 1000 freestyle. Kyle Grissom’s one day resulted in two first place finishes, and two second place finishes, while Jillian Hatch took home three wins for the meet. 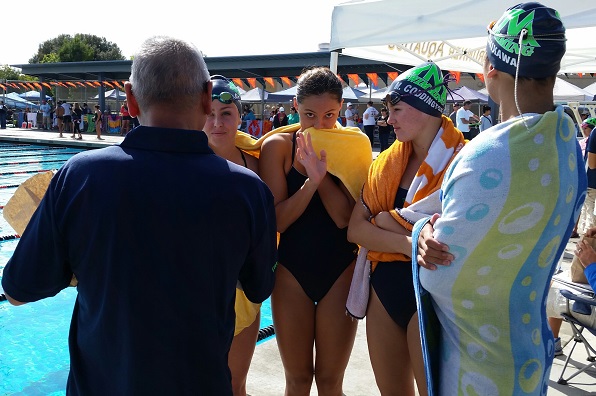